Our full set of predictions, statistics and match poll for Górnik Leczna v BBT Nieciecza can be seen below - as well as the best betting odds.

Górnik Leczna will be wanting a better result here after the 2-1 Ekstraklasa loss in their previous game against Raków Częstochowa.

A recurring theme in recent Górnik Leczna games is the number of nil scores.

From their previous six clashes leading up to this one, in 5 of them a wager on both teams scoring would've lost.

BBT Nieciecza will go into this clash after a 1-0 Ekstraklasa win in the defeat of Wisla Plock in their last outing.

During their 6 latest matches, Radoslav Látal's BBT Nieciecza have managed to stick the ball in the net a total of 7 times thus giving them the goals scored per game average of 1.17.

Looking at the statistics for their head to head meetings stretching back to 03/10/2015, it’s been all-even between these two clubs with Górnik Leczna winning 2 of those games, BBT Nieciecza 2 and 2 being drawn in normal time.

15 goals were shared by the two clubs in these games, with 9 from Łęczna and 6 for Słoniki. The average goals per game has been 2.5.

The previous league contest featuring the two was Ekstraklasa match day 15 on 21/11/2021 when the final score was BBT Nieciecza 1-1 Górnik Leczna.

In that match, BBT Nieciecza managed 59% possession and 12 shots at goal with 1 on target. The scorer was Piotr Wlazło (38').

At the other end, Górnik Leczna had 18 attempts on goal with 8 of them on target. Jason Lokilo (77') was the scorer.

The match was refereed by Tomasz Wajda.

The Górnik Leczna manager Marcin Prasoł has no fitness worries whatsoever before this game with a fully healthy squad to pick from.

Owing to a completely healthy squad to choose from, the BBT Nieciecza manager Radoslav Látal doesn’t have any fitness concerns whatsoever before this match.

We envisage that BBT Nieciecza and Górnik Leczna should play out a closely-fought contest here.

A draw is a real possibility, as we are expecting there to be little between them. That is why we are leaning toward a tight encounter, finishing with a 1-1 score when all is said and done. 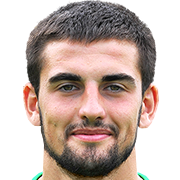 Normally taking up the Striker position, Bartosz Śpiączka was born in Wolsztyn, Poland. After having played his first senior match for Podbeskidzie B-B in the 2014 - 2015 season, the dangerous Forward has managed to score 11 league goals in this Ekstraklasa 2021 - 2022 season to date in 27 appearances.

While we have made these predictions for Górnik Leczna v BBT Nieciecza for this match preview with the best of intentions, no profits are guaranteed. Always gamble responsibly, and with what you can afford to lose. Good luck if you do place a bet today.