Our Kasimpasa v Beşiktaş tips, poll and stats can be seen in full below including the latest game odds.

Kasimpasa won’t want a repeat of their last result here following the 2-1 Super Lig defeat in their last game at the hands of Gençlerbirliği.

It has been seldom in recent times where Kasimpasa haven’t conceded. It will be a concern for them that Apaçiler have been scored against in 6 of their previous 6 matches, giving up 9 goals in the process.

Their prior results show that Kasimpasa:

Previously, Beşiktaş drew 1-1 in the Super Lig match with Fenerbahçe.

In their last 6 clashes, Beşiktaş have bagged a total of 13 goals. Kara Kartallar have also not failed to score in every single one of those games. During those fixtures, their defenders have had 4 goals go against them. With no two games being the same, we must now wait to see if the trend will persist in this game.

Coming into this contest, Beşiktaş have not been beaten in their last 8 away league matches. What an impressive run of results.

Looking at their prior head to head clashes dating back to 26/01/2018 tells us that Kasimpasa have won 1 of them & Beşiktaş 5, with the number of drawn games standing at 0.

There were also goals galore in those games, with 26 in all at an average of 4.33 goals per meeting.

The last league encounter featuring the two was Super Lig match day 11 on 04/12/2020 which finished with the scoreline of Beşiktaş 3-0 Kasimpasa.

The referee was Bahattin Şimşek.

In our view, Kasimpasa must be fancied to get a goal against this Beşiktaş outfit, but one goal possibly won’t be enough to give them the result that they want.

We therefore reckon that it will be a close game with a 1-2 winning margin for Beşiktaş at the end of the match. Should be a good one. 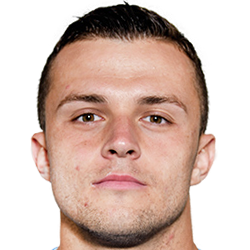 Normally playing in the Striker position, Armin Hodžić was born in Sarajevo, Bosnia and Herzegovina. After having made a senior debut playing for Dinamo Zagreb in the 2014 - 2015 season, the gifted Forward has contributed 5 league goals in the Süper Lig 2020 - 2021 campaign to date coming from a total of 21 appearances.

While we have made these predictions for Kasimpasa v Beşiktaş for this match preview with the best of intentions, no profits are guaranteed. Always gamble responsibly, and with what you can afford to lose.