The BK Häcken v IFK Norrköping live stream video is ready to be broadcast on 18/10/2021. Football fans can watch the game on a live streaming service should the game be featured in the schedule referenced above. Here we arm you with useful information for watching this Allsvenskan match including the most recent guide to form, h2h meetings and our game tips.

In order to watch the game using other sources, look up TV channel listings in your locality. These broadcasting contracts are often allocated on a per-competition/league or even single match arrangement basis. For games shown live on regional tv programmes, check the schedules on stations like BT Sport, Amazon Prime Video, Sky Sports, Now TV, iTV, Canal+, Fox Soccer, ESPN that are relevant for where you are.

When the abovementioned broadcaster indicates that they have the BK Häcken v IFK Norrköping football live streaming coverage, you can see it on mobile devices (iPhone, Android including Huawei) and PC as well as tablet (eg iPad, Venturer).

After the match finishes, we might also link to highlights from time to time. We aren’t responsible for the transmission of any match video content linked to from here. All legal issues must be directed to the hosters/owners of the content.

IFK Norrköping arrive at Bravida Arena on Monday for the Allsvenskan game with hosts BK Häcken.

All BK Häcken v IFK Norrköping match predictions, user poll and stats are shown below (plus the best game odds).

BK Häcken, buoyed by their previous result, will be hoping for more of the same after the 1-2 Allsvenskan victory against Örebro SK.

BK Häcken have not been the best at stopping their opponents recently, but they’ve also found ways to score goals themselves. Looking at their last 6 games, BK Häcken have seen their goal breached in 5 of them while also managing to get on the scoresheet in 5 of those games.

Looking at their past form shows that BK Häcken:

IFK Norrköping head into the clash after a 3-1 Allsvenskan win to defeat Hammarby IF in their most recent outing.

Demonstrating their fondness for high-scoring matches, goals have been celebrated 21 times in the prior six games in which IFK Norrköping have sent out their troops, making it a mean average of 3.5 goals each fixture. Opposing teams have hit 5 of those goals. We will find out whether or not that trend can be sustained into this next match.

Coming into this clash, IFK Norrköping are unbeaten in their previous 2 league matches away from home.

A look at their past head to head meetings stretching back to 07/07/2019 tells us that BK Häcken have won 4 of these and IFK Norrköping 2, with the number of drawn matches being 0.

A combined total of 14 goals were scored between them throughout the course of those matches, with 8 of them from Getingarna and 6 being from Snoka. The average number of goals per game works out to 2.33.

The last league clash featuring the two was Allsvenskan match day 11 on 18/07/2021 which finished with the scoreline of IFK Norrköping 0-1 BK Häcken.

On that occasion, IFK Norrköping had 65% possession and 13 attempts on goal with 2 on target.

At the other end, BK Häcken had 11 attempts on goal with 2 on target. Daleho Irandust (71') was the scorer.

Due to a completely injury-free group available for selection, the IFK Norrköping manager Rikard Norling doesn’t have any fitness worries whatsoever ahead of this clash.

We’re of the view that IFK Norrköping and BK Häcken may well both score, with little between these two teams.

Let’s see how this one goes, but it looks this could be a draw. We therefore think that it’s going to be a tight encounter, finishing with a 1-1 scoreline when the full-time whistle blows. 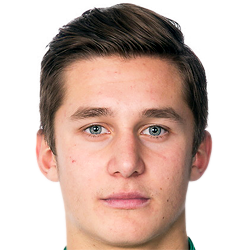 Normally used in the Left Attacking Midfielder position, Leo Bengtsson was born in Stockholm, Sweden. Having made a first senior appearance for Hammarby IF in the 2017 season, the skilful Midfielder has hit 4 league goals in the Allsvenskan 2021 campaign so far in 21 appearances.

We have made these BK Häcken v IFK Norrköping predictions for this match preview with the best intentions, but no profits are guaranteed. Please always gamble responsibly, only with money that you can afford to lose. Good luck if you do place a bet today.

⚽️ Where can I see the previews for other Allsvenskan matches?

Look at all of the upcoming (and previous) Allsvenskan predictions & previews here.