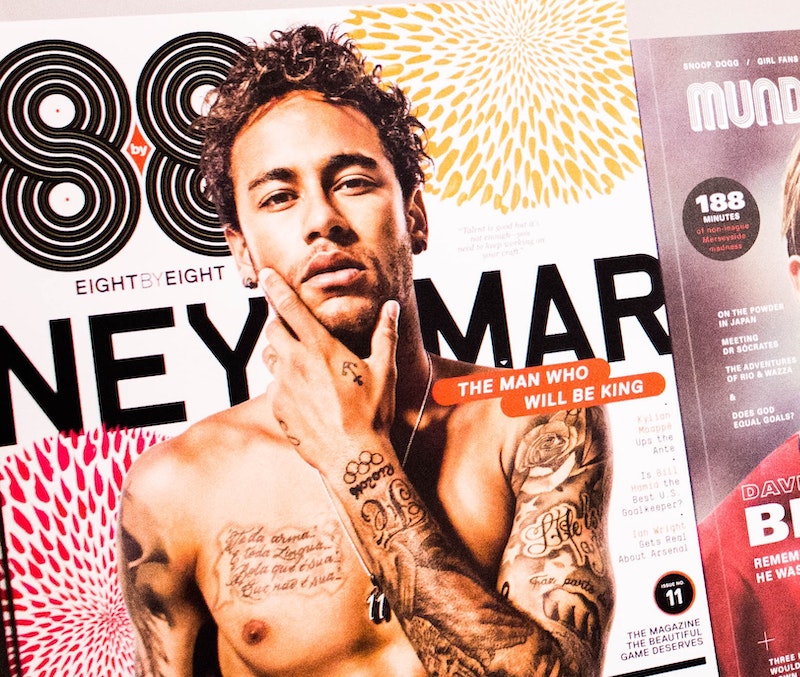 Brazilian superstar Neymar has almost become as well known for his off-field controversies and personal life as he has his exceptional footballing achievements in recent years.

Neymar is not adopted and was raised by his parents Neymar Sr and Nadine da Silva. However, there have been rumours that Neymar’s son David Lucca is adopted because of their different skin tones.

Neymar is of mixed race and has a darker skin tone than his nine-year-old son. This argument has been countered by the fact that Neymar also had a much lighter skin tone when he was David Lucca’s age.

Whilst neither Neymar nor his son are adopted, there has been a number of footballers in the past that were adopted or raised by foster families.

The second all-time top scorer for Brazil, Neymar, welcomed his son David Lucca da Silva Santos into the world in August 2011 when he was just 19. The boy is the son of Neymar and his former girlfriend Carolina Nogueira Dantas and was born in São Paulo, where Neymar played for Santos at the time.

I know this is Neymar's son but DAMN the kid looks nothing like him at all pic.twitter.com/vWCH9sfpCq

The couple had initially planned on naming their son Matheus before opting for David Lucca instead. Although the couple is no longer together they remain on amicable terms and share dual custody of their son.

As the son of one of the world’s most famous athletes, David Lucca himself has already built a considerable social media following despite still being just nine years old. With an Instagram following of just under 1.5million, he has the potential to become one of the world’s richest children as he has the capability to receive up to $5,000 per sponsored social media post.

As with much of his personal life, the birth of Neymar’s son was not without its own controversy. As well as the claims that David Lucca was adopted, the Paris Saint-Germain forward was also sued in October 2019 by the doctor who aided in the birth.

The medical professional claimed he had not received payment as stipulated for the birthing services and prenatal care he offered to Carolina back in 2011.

Former England winger Shaun Wright-Phillips was adopted by Arsenal legend Ian Wright when he was three years old and Wright was dating his mother Sharon Phillips.

The couple subsequently had Shaun’s half-brother Bradley Wright-Phillips, who also became a professional footballer and is the all-time leading scorer for Major League Soccer outfit New York Red Bulls. Shaun made over 500 club appearances in his career for the likes of Manchester City, Chelsea and Queens Park Rangers.

He also spent the tail end of his career playing in the USA with his brother. During his time as a player, he represented his country 36 times, scoring six goals and also won seven major trophies including the Premier League with Chelsea in 2005/06.

He retired in 2019 aged 37. His son D’Margio is currently a member of Manchester City’s under-23 squad.

Another former Chelsea wide man, Victor Moses, was also raised by someone other than his biological parents. Having been born in Lagos, Nigeria, Moses’ family paid for him to travel to the United Kingdom as an asylum seeker at the age of 11 after his parents died in religious riots in his birth country.

Having arrived in England, Moses was subsequently placed with a foster family in South London. He has gone on to play for clubs in England, Italy, Turkey and Russia since breaking through as a teenager at Crystal Palace.

This includes spells with the likes of Chelsea, Inter Milan and Liverpool. He is currently on loan at Spartak Moscow from Chelsea and has 38 caps for Nigeria and 12 goals having previously represented England at youth level.

Whilst not adopted or fostered, Dutch footballing icon Johan Cruyff became an orphan after the death of his father at a young age. His mother’s next husband proved to become an important figure in the former Ajax and Barcelona man’s career and life away from football, despite not being his biological father.