Bohemians will do battle with visitors Karviná at Ďolíček Stadion in the First League tie on Saturday.

All Bohemians 1905 v Karviná game predictions, stats and user poll are shown below - plus the latest match odds.

Bohemians head into this game coming off the back of a 1-1 First League drawn match versus Baumit Jablonec.

Bohemians 1905 have not been the best at stopping their opponents of late, although they have also done enough to score goals themselves. Looking at their last 6 games, Bohemians 1905 have been punished defensively in 6 of them as well as scoring in 5 of those matches.

In their previous game, Karviná drew 2-2 in the First League tie with Teplice.

The stats tell the story, and Karviná have been scored against in 6 of their last 6 games, conceding 11 goals in total. Defensively, Karviná certainly have room for improvement. Let’s see whether or not that trend will be sustained here.

Coming into this contest, Karviná are without a win away from home in their last 4 league games.

An examination of their prior head-to-head clashes stretching back to 15/09/2019 tells us that Bohemians have won 2 of them and Karviná 1, with the number of drawn results being 3.

An aggregate of 10 goals were shared by the two clubs in these games, with 7 for Klokani and 3 being from Karviná. The average goals per game has been 1.67.

The referee was Petr Hocek.

Owing to a fully healthy group available to choose from, the Karviná boss Bohumil Páník has no fitness concerns at all coming into this clash.

In this match, Bohemians 1905 should get a lot of shots on goal and make them count.

At the other end, Karviná will not find it easy to get shooting opportunities although we do see them seeing enough of the ball to score, too.

We’re therefore expecting to see a comfortable 3-1 victory for Bohemians 1905 at the end of the match. 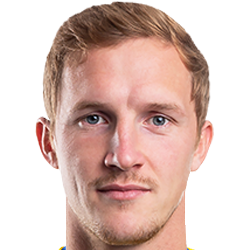 Typically playing in the Centre Midfield position, Petr Hronek was born in Czech Republic. After having made a senior debut playing for Baumit Jablonec in the 2013 - 2014 season, the goalscoring Midfielder has contributed 7 league goals in the First League 2021 - 2022 campaign so far coming from a total of 31 appearances.

We have made these Bohemians 1905 v Karviná predictions for this match preview with the best intentions, but no profits are guaranteed. Please always gamble responsibly, only with money that you can afford to lose. Best of luck.