Full predictions, pre-match stats and user poll for Wexford v Bray Wanderers are shown on this page - as well as up-to-date odds.

Wexford will be hoping for a better result after the 8-0 First Division loss in their previous game against UCD.

Matches featuring Wexford have tended to be entertaining encounters recently with plenty of scoring being the norm. Over their past six clashes, a total of 29 goals have flown in for both sides combined (at an average of 4.83 goals per game) with 4 of these being chalked up by The Warriors.

Their past results show that Wexford:

Bray Wanderers come into this encounter following on from a 3-1 First Division win with the downing of Athlone in their previous game.

The trend of at least one team drawing a blank in games involving Bray Wanderers has become evident recently. A glance at their last six meetings shows that it has happened 5 times. In those clashes, opposing sides have managed a goal tally of 3 while The Seagulls have scored 9. That kind of pattern might not follow through here, however.

Going into this encounter, Bray Wanderers are without a win away from home in their last 2 league games.

A review of their prior head-to-head clashes dating back to 04/03/2019 tells us that Wexford have won 1 of these & Bray Wanderers 5, with the number of drawn games standing at 0.

A combined total of 21 goals were shared by the two clubs in this period, with 7 from The Warriors and 14 for The Seagulls. That is an average goals per game value of 3.5.

Wexford boss Brian O'Sullivan does not have any fitness concerns to speak of ahead of this clash owing to a completely injury-free squad available for selection.

Due to a fully injury-free group ready to go, Bray Wanderers manager Gary Cronin has zero fitness concerns to report ahead of this clash.

In our opinion, Wexford have the firepower to put one past this Bray Wanderers side, although just one goal possibly won’t quite be good enough.

Our selection here is for a narrow 1-2 winning margin for Bray Wanderers at the end of the 90 minutes. Let’s wait and see how it plays out.

Both Teams to Score Prediction for Wexford vs Bray Wanderers
Yes 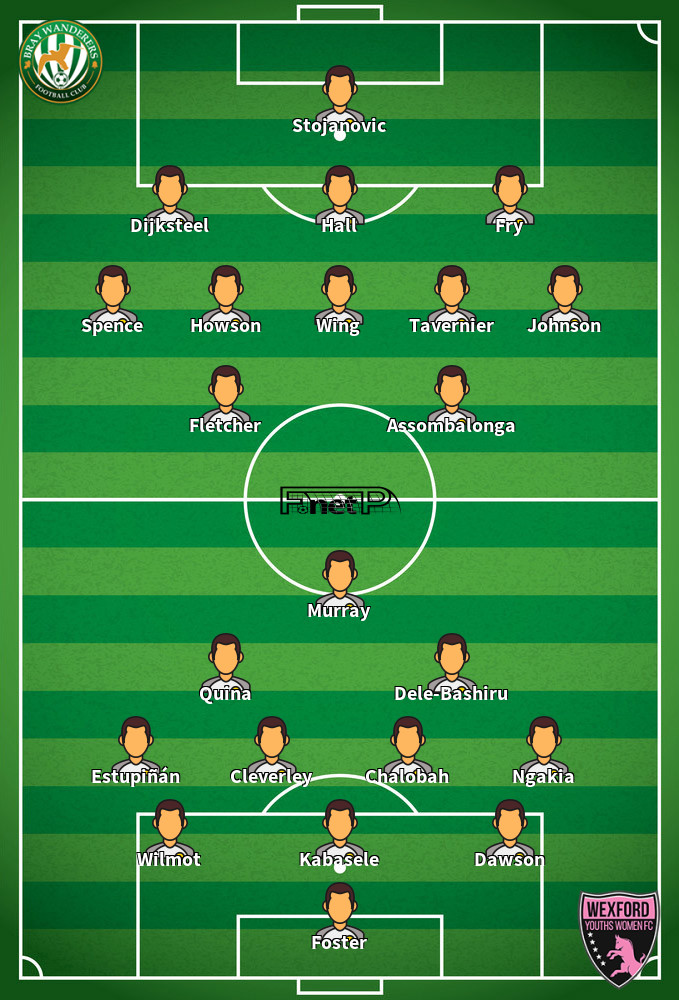 While we have made these predictions for Wexford v Bray Wanderers for this match preview with the best of intentions, no profits are guaranteed. Always gamble responsibly, and with what you can afford to lose. Good luck if you do place a bet today.