Botafogo will be at Estádio José Pinheiro Borda on Sunday for the Serie A tie with home side Internacional.

View all Internacional v Botafogo tips, stats and our pre-match poll below - as well as the best betting odds.

Internacional fans will want a repeat of their previous result, being the 1-2 Serie A success vs Goias.

In that match, Internacional managed 47% possession and 16 attempts at goal with 8 of them on target. For Internacional, the goals were scored by Edenílson (8') and Alan Patrick (47'). For their opponents, Goias had 6 shots on goal with 2 on target. Da Silva (41') was the scorer for Goias.

Internacional have been on a persistent run of goalscoring form, hitting the target in one hundred percent of their last 6 games.

They have managed to rack up 14 during that period while also conceding a total of 5. That sort of pattern won’t necessarily follow through into this next game, of course.

Analysis of their past results shows that Internacional:

Botafogo go into this meeting following a 1-0 Serie A win to beat São Paulo in their previous outing.

In that match, Botafogo managed 33% possession and 17 shots at goal with 3 of them on target. The only player to score for Botafogo was Kayque (61'). On the other side, São Paulo had 6 shots on goal with 2 on target.

The strike force from Botafogo have struggled for goals over their last 6 clashes, contributing the disappointing return of only 3. In those matches, Fogão have also seen the overall goal tally against them equal 9.

Their prior results show that Botafogo:

Looking over their prior head-to-head clashes dating back to 29/07/2018 shows that Internacional have won 5 of them & Botafogo 1, with the number of drawn games standing at 0.

15 goals were produced between them throughout the course of those matches, with 11 of them from Colorado and 4 coming from Fogão. The average number of goals per game works out to 2.5.

The previous league fixture between these sides was Serie A match day 25 on 12/12/2020 when it finished Internacional 2-1 Botafogo.

The match was refereed by Caio Max Augusto Vieira.

We are thinking that Colorado will probably opt for a 4-2-3-1 formation for this game and select Daniel, Fabricio Bustos, Vitão, Gabriel Mercado, Moisés, Johnny, Gabriel, Edenilson, Alan Patrick, Wanderson and David.

Thanks to a mainly full-strength group, there is just the one fitness worry for the Botafogo manager Luís Castro to contend with. Rafael (Achilles tendon rupture) won’t be in action. The players who will not be able to play in this game through being suspended are Victor Cuesta and Kanu.

In this match, Internacional have it within them to dominate possession and create several successful chances.

However, Botafogo could well find it tough getting on the scoresheet although we do think that they will probably end up converting at least once here. 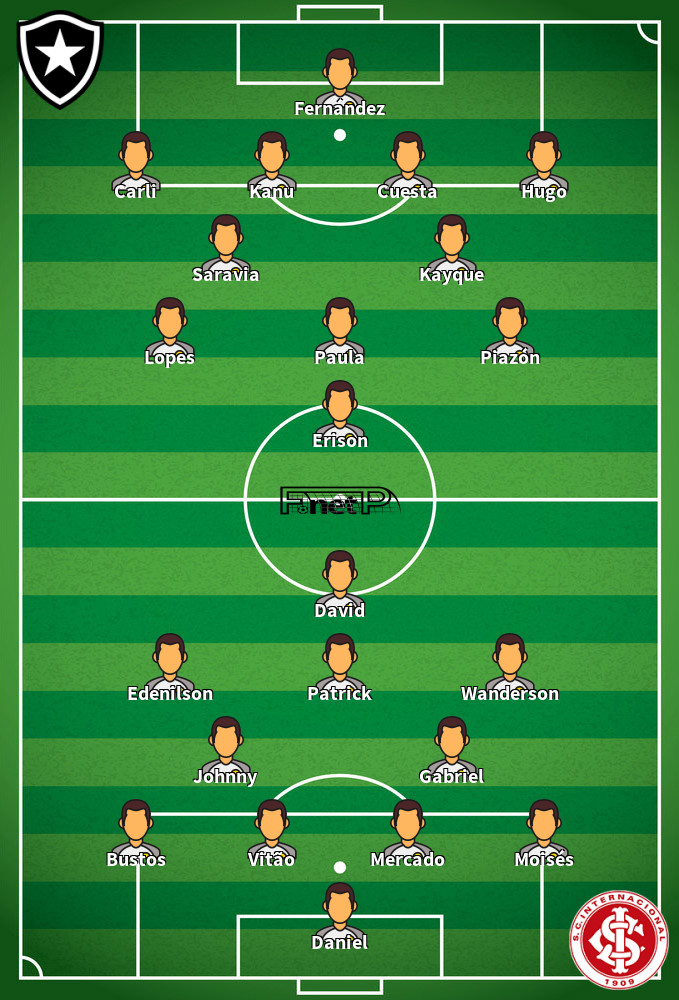 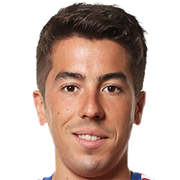 Regularly deployed in the Left Wing position, Carlos de Pena was born in Montevideo, Uruguay. Having made a first senior appearance for Nacional de Football in the 2012 - 2013 season, the goalscoring Forward has accumulated 2 league goals in this Série A 2022 season to date from a total of 11 appearances.

While we have made these predictions for Internacional v Botafogo for this match preview with the best of intentions, no profits are guaranteed. Always gamble responsibly, and with what you can afford to lose. Good luck!