Botev Vratsa will face off against visiting team Montana at Stadion Hristo Botev in this First League clash on Friday.

Full predictions, pre-match stats and user poll for Botev Vratsa v Montana are shown on this page (plus the best game odds).

Botev Vratsa will be looking for another win after a 1-2 First League triumph against Tsarsko Selo.

The only player to score from Botev Vratsa was Daniel Genov (37', 56'). Martin Kavdanski (65') scored for Tsarsko Selo.

It has been seldom in recent times where Botev Vratsa haven’t conceded. It will be a concern for them that Vratsa have failed to prevent opponents from scoring in 5 of their previous 6 matches, letting in 12 goals along the way. It will be interesting to find out whether or not that trend can be sustained in this game.

Going into this game, the form guide shows that Botev Vratsa:

Montana will go into this meeting following a 3-1 First League win with the downing of Botev in their previous match.

During their 6 latest matches, Nikola Spasov's Montana have managed to stick the ball in the net a total of 7 times thus earning them the goals scored per game average of 1.17.

Going into this encounter, Montana haven’t won away from home in the past 4 matches in the league.

The previous league encounter between these clubs was First League match day 29 on 22/05/2013 which ended up with the score at Botev Vratsa 3-1 Montana.

Botev Vratsa manager Antoni Zdravkov doesn’t have any fitness worries whatsoever coming into this clash thanks to a fully healthy group to pick from.

Owing to a completely injury-free squad available to select from, Montana manager Nikola Spasov doesn’t have any fitness worries to report ahead of this game.

We believe that Montana and Botev Vratsa won’t have much between them here, and goals could be hard to come by.

We’ll have to see, but a draw might be on the cards. We therefore think that it’s going to be a 0-0 scoreline after 90 minutes.

Over/Under 2.5 Goals Prediction for Botev Vratsa vs Montana
Under 2.5 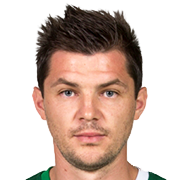 Usually deployed in the Striker position, Valeri Domovchiyski was born in Plovdiv, Bulgaria. Having played his first senior match for Levski Sofia in the 2004 - 2005 season, the goalscoring Forward has struck 2 league goals in this First League 2020 - 2021 campaign so far from a total of 4 appearances.

We have made these Botev Vratsa v Montana predictions for this match preview with the best intentions, but no profits are guaranteed. Please always gamble responsibly, only with money that you can afford to lose. Good luck if you do place a bet today.