Reading will be at Vitality Stadium on Saturday for the Championship fixture with home team Bournemouth.

View all Bournemouth v Reading tips, stats and our pre-match poll below - along with the latest match odds.

Bournemouth will want to continue from where they left off last time out with a 1-3 Championship success versus Birmingham City.

Fewer than three goals per match were scored during 5 of the past 6 meetings where Bournemouth have been involved. Regarding the goal weighting in this period, their opponents scored a total of 5 while The Cherries managed a tally of 7.

Since being defeated in their last game at the hands of Stoke City in Championship competition, Reading and their travelling fans will hope for a better result here.

In that game, Reading managed 69% possession and 15 attempts on goal with 5 of them on target. Stoke City got 10 attempts at goal with 3 on target. Tyrese Campbell (23'), Steven Fletcher (35') and Jacob Brown (95') scored for Stoke City.

Illustrating their bias toward productive matches, we’ve seen goals 21 times in the previous 6 games in which Reading have played, making it a mean average of 3.5 goals for each clash. Opposition teams have managed 11 of these goals. That kind of pattern isn’t assured to be carried forward into this game, though.

Heading into this contest, Reading have not beaten Bournemouth when having played them away from home in the previous 3 league games.

Looking at their past head to head meetings going back to 25/09/2001 tells us that these fixtures have been disappointments for Reading. They’ve not managed to get any wins whatsoever whereas Bournemouth have been superior, beating them in 83 per cent of those match-ups.

A total of 16 goals were produced between them in these games, with 12 from The Cherries and 4 belonging to The Royals. That’s an average goals per game of 2.67.

The last league game between these clubs was Championship match day 43 on 14/04/2015 when the final score was Reading 0-1 Bournemouth.

In that match, Reading managed 41% possession and 6 shots on goal with 1 on target.

At the other end, Bournemouth got 5 shots on goal with 2 on target. Callum Wilson (4') was the scorer.

Bournemouth manager Jason Tindall has a full complement, with no fitness concerns to speak of ahead of this clash thanks to a completely injury-free group available to select from. Steve Cook cannot play in this game through suspension.

We’re of the opinion that Bournemouth will most probably create the chances to score more than once when they play Reading, who may well find it hard getting on the scoresheet.

We therefore think that it’s going to be a fairly comfortable 2-0 winning score for Bournemouth by the time that the referee blows the final whistle. 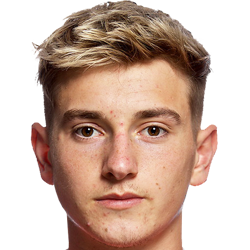 Generally deployed in the Central Attacking Midfielder position, David Brooks was born in Warrington, England. After having made a senior debut playing for Halifax in the 2015 - 2016 season, the talented Midfielder has netted 2 league goals in the Championship 2020 - 2021 season to date in a total of 5 appearances.

We have made these Bournemouth v Reading predictions for this match preview with the best intentions, but no profits are guaranteed. Please always gamble responsibly, only with money that you can afford to lose. Best of luck with your selections.