To see all of our predictions, user poll & stats for Newport County v Bradford City, scroll down (inc. the best betting odds).

Newport County will be hoping for a repeat of their last result, following a 3-0 League Two success against Scunthorpe United.

For Newport County, the scorers were Ollie Cooper (6'), Courtney Baker-Richardson (68') and Dominic Telford (84').

At least three goals per match were recorded in 5 of the past 6 meetings where Newport County have taken part. Opposing sides scored 8 of them in these games whereas Newport County amassed a tally of 10. We will just have to see if that trend will be sustained into this next match.

Analysis of their past results shows that Newport County:

Bradford City head into the encounter after a 2-0 League Two win with the defeat of Rochdale in their most recent game.

For Bradford City, the goalscorers were Alex Gilliead (37') and Andy Cook (75').

The numbers tell their own story, and Bradford City have been scored against in 5 of their last 6 games, seeing opposing sides hit 8 goals in all. In defence, Bradford City just haven’t been too solid at all.

Coming into this fixture, Bradford City have not won away from home in their last 3 league games.

The last league fixture featuring these sides was League Two match day 35 on 09/03/2021 when the final score was Newport County 2-1 Bradford City.

The Newport County boss Michael Flynn will be grateful not to have any fitness worries whatsoever ahead of this clash owing to a completely injury-free group available to select from.

Owing to a completely injury-free squad available for selection, the Bradford City boss Derek Adams has zero fitness worries at all before this game.

We’ve got the feeling that Bradford City and Newport County are probably both going to find scoring goals difficult here.

Let’s see how it plays out, but a draw with few scoring chances is looking likely to us. That is why we are leaning toward a very even match with a 0-0 scoreline at the end of the match. 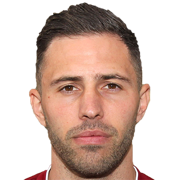 Customarily used in the Right Attacking Midfielder position, Robbie Willmott was born in Harlow, England. After making a first senior appearance for Cambridge United in the 2007 - 2008 season, the dangerous Midfielder has scored a sum of 2 league goals in the League Two 2021 - 2022 campaign so far in 9 appearances.

We have made these Newport County v Bradford City predictions for this match preview with the best intentions, but no profits are guaranteed. Please always gamble responsibly, only with money that you can afford to lose. Good luck if you do place a bet today.