Chelsea will visit Community Stadium on Saturday for the Premier League clash with home side Brentford.

Full predictions, pre-match stats and user poll for Brentford v Chelsea are shown on this page (plus the best game odds).

Brentford will be hoping for a repeat of their last result, following a 1-2 Premier League victory over West Ham United.

Matches involving Brentford have tended to be absorbing affairs recently with plenty of scoring being a real hallmark. Over their past half dozen clashes, the sum of 21 goals have flown in for both sides combined (at an average of 3.5 goals per game) with 15 of them being chalked up by Brentford. We will find out if that trend will be sustained here.

Coming into this contest, Brentford haven’t won at home in the past 2 league matches.

Chelsea head into the encounter after a 3-1 Premier League win to defeat Southampton in their most recent fixture.

In that game, Chelsea had 62% possession and 20 shots at goal with 9 of them on target. For Chelsea, goals were scored by Trevoh Chalobah (9'), Timo Werner (84') and Ben Chilwell (89'). Southampton had 6 attempts at goal with 2 on target. James Ward-Prowse (61') scored for Southampton.

A sequence of dependable showings from the Chelsea defensive unit has seen their ‘goals against’ tally standing at 4 from their last 6 fixtures combined. In that period, their own attack force has managed to score 8.

Ahead of this clash, Chelsea have not been beaten in their last 3 league matches away from home.

There aren’t many selection issues, with just one fitness concern for the Brentford gaffer Thomas Frank to be concerned about thanks to an almost full-strength set of players. Josh Dasilva (Hip Injury) will miss out.

In our view, Brentford should have enough to find the back of the net against this Chelsea lineup, although just one goal is unlikely to be enough to avoid a loss.

We’re therefore expecting both teams to score in a 1-2 advantage for Chelsea when the referee blows the final whistle. Should be a good one. 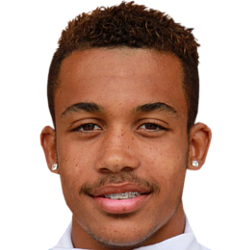 Generally taking up the Central Attacking Midfielder position, Bryan Mbeumo was born in Avallon, France. Having made a first senior appearance for ESTAC in the 2017 - 2018 season, the dangerous Midfielder has scored 2 league goals in this Premier League 2021 - 2022 season so far from a total of 7 appearances.

While we have made these predictions for Brentford v Chelsea for this match preview with the best of intentions, no profits are guaranteed. Always gamble responsibly, and with what you can afford to lose. Good luck with your selections.