The Serie B game at Stadio Mario Rigamonti on Saturday sees home side Brescia doing battle with Cremonese.

For all of our match predictions, pre-game poll and statistics for Brescia v Cremonese, scroll down including the latest game odds.

Brescia will be looking for another win after the 1-0 Serie B triumph vs Chievo Verona.

It’s been a rare occasion in recent times that Brescia haven’t conceded. In fact, Rondinelle have seen their defence breached in 5 of their previous 6 matches, shipping 9 goals during that time. It will be interesting to find out whether or not that trend will end up being sustained in this game.

Looking at the pre-match facts, Brescia:

After tasting defeat last time out to Lecce in Serie B competition, Cremonese and their travelling fans will hope for a better result here.

For Cremonese, the goals were scored by Gianluca Gaetano (7') and Michele Castagnetti (30' Own goal). Pablo Rodríguez (54') scored for Lecce.

In their last six outings, Cremonese have bagged a total of 8 goals. Grigiorossi have also not failed to score in every single one of those games. During those fixtures, their defenders have had 8 goals go against them.

Ahead of this clash, Cremonese have not won away from home in their last 2 league games.

Checking out their prior head to head duels stretching back to 07/01/2006, there has been little to separate the clubs with Brescia winning 1 of those games, Cremonese 1 and 4 being draws in regulation time.

A sum of 15 goals were scored between them throughout the course of those matches, with 7 from Rondinelle and 8 netted by Grigiorossi. This gives an average number of goals per game equal to 2.5.

The last league match featuring these clubs was Serie B match day 5 on 08/12/2020 and the score finished Cremonese 2-2 Brescia.

Brescia had 16 attempts at goal with 6 of them on target. Ernesto Torregrossa (43') and Daniele Dessena (61') scored.

Cremonese boss Fabio Pecchia has not got a full squad to pick from. Francesco Deli (Muscle Injury), Fabio Ceravolo (Patella problems) and Alessandro Crescenzi (Ankle Injury) are not able to play. Luca Ravanelli will not be able to play in this game through being suspended.

Our thinking is that Cremonese will need to push hard to score against this Brescia side who we think will end up scoring and possibly keep a clean sheet as well.

We’re therefore tipping a narrow 1-0 victory for Brescia at the end of the 90. 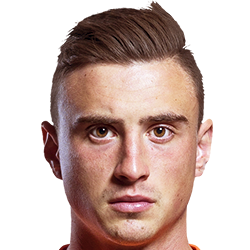 Customarily taking up the Centre Midfield position, Filip Jagiełło was born in Lubin, Poland. Having made his senior debut playing for Zagłębie Lubin in the 2013 - 2014 season, the talented Midfielder has bagged 4 league goals in the Serie B 2020 - 2021 season to date from a total of 19 appearances.

We have made these Brescia v Cremonese predictions for this match preview with the best intentions, but no profits are guaranteed. Please always gamble responsibly, only with money that you can afford to lose. We wish you the best of luck.