The upcoming Serie B - Play-offs fixture on Saturday will see Brescia do battle with Perugia.

Our full set of predictions, statistics and match poll for Brescia v Perugia can be seen below - plus the latest match odds.

Brescia will want to continue from where they left off last time out with the 3-0 Serie B success against Reggina.

Fewer than three goals per game were seen in 5 of the last 6 meetings where Brescia have been participants. With regard to the goal distribution in this period, their opponents scored a total of 3 and Brescia managed a tally of 6.

Perugia will come into the game following a 1-0 Serie B win with the defeat of Monza in their previous fixture.

In that game, Perugia had 49% possession and 21 shots on goal with 7 of them on target. The scorer for Perugia was Gabriele Ferrarini (85'). Monza had 20 shots at goal with 7 on target.

A succession of dependable displays by the Perugia defence has resulted in their ‘goals against’ tally amounting to 4 from their previous 6 clashes in total. During the same period of time, their own attack force has managed to score 6. We will find out if that trend will be continued on here.

A glance at their prior head to head meetings going back to 06/03/2018 tells us that Brescia have won 3 of these games & Perugia 2, with the number of draws being 1.

A combined sum of 13 goals were scored between the two sides throughout the course of those matches, with 8 of them from Rondinelle and 5 for Perugia. The average number of goals per game works out to 2.17.

The last league encounter featuring the two was Serie B match day 27 on 01/03/2022 when the final score was Brescia 2-1 Perugia.

In that match, Brescia managed 66% possession and 27 attempts on goal with 9 on target. Goals were scored by Flavio Bianchi (81') and Rodrigo Palacio (84').

On the other side, Perugia got 11 attempts at goal with 1 of them on target. Manuel De Luca (28') scored.

The referee was Gianpiero Miele.

The Brescia manager Eugenio Corini will be grateful to have no fitness worries whatsoever coming into this clash owing to a completely injury-free group available for selection.

Due to a completely injury-free squad available for selection, the Perugia manager Massimiliano Alvini doesn’t have any fitness concerns whatsoever before this clash.

We envisage that Perugia are likely to find the back of the net against this Brescia lineup, however that is unlikely to be enough to avoid a loss.

We’re predicting a 2-1 win for Brescia at full-time. Could easily see this go either way. 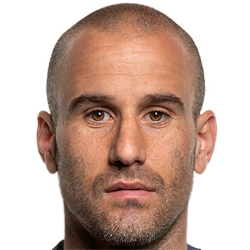 Customarily used in the Striker position, Rodrigo Palacio was born in Bahía Blanca, Argentina. Having played his first senior match for Banfield in the 2003 - 2004 season, the goalscoring Forward has netted 6 league goals in the Serie B 2021 - 2022 campaign so far in a total of 30 appearances.

While we have made these predictions for Brescia v Perugia for this match preview with the best of intentions, no profits are guaranteed. Always gamble responsibly, and with what you can afford to lose. Best of luck.