For all of our match predictions, pre-game poll and statistics for Brest v RC Lens, scroll down - plus the latest match odds.

Brest will play in this fixture following on from a 0-0 Ligue 1 drawn match versus RC Lens.

Their most recent results reveal that much solidity has been shown by the Brest rearguard. Brest have given the opposition little, with the number of goals that have flown into the back of their net over the course of their past 6 outings standing at 4.

Ahead of this clash, Brest are undefeated in their previous 2 home league matches.

In the course of their six previous matches, Franck Haise's RC Lens have had reason to celebrate scoring 9 times, yielding them a goals scored per game average of 1.5.

Looking over their past head-to-head meetings stretching back to 23/12/2020 shows us that Brest have won 2 of them and RC Lens 3, with the tally of drawn results being 1.

A combined sum of 19 goals were yielded between them during those clashes, with 10 of them from Les Ty' Zefs and 9 coming from Les Artésiens. That’s an average goals per game figure of 3.17.

It doesn’t get much better regarding selection, with just one fitness concern for the Brest boss Éric Roy to be concerned with due to a largely intact group of players. Brendan Chardonnet (Dead Leg) misses out.

Our feeling is that Brest will need to push hard to get anything against this RC Lens team who we think should score at least once to put them ahead.

We’re therefore tipping a very competitive encounter with a 0-1 win for RC Lens at the end of the match. 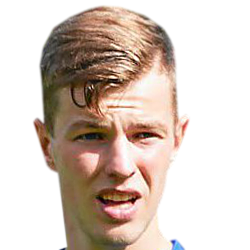 Generally played in the Striker position, Jérémy Le Douaron was born in France. Having made his senior debut playing for Brest in the 2020 - 2021 season, the goalscoring Forward has got 4 league goals in this Ligue 1 2022 - 2023 campaign to date in 15 appearances.

While we have made these predictions for Brest v RC Lens for this match preview with the best of intentions, no profits are guaranteed. Always gamble responsibly, and with what you can afford to lose. Good luck if you do place a bet today.