The League One game at Portman Road on Friday will see home side Ipswich Town facing Bristol Rovers.

Our Ipswich Town v Bristol Rovers predictions, statistics and match poll can be seen below including the latest game odds.

Ipswich Town head into this game coming off the back of a 0-0 League One tied result vs Wigan Athletic.

Ipswich Town have been quite ineffective in attack of late. Their sum of goals stands at just 4 vs opposing sides over their last six outings. In those games, The Tractor Boys have also seen the number of goals scored against them come to 8.

Ahead of this meeting, Ipswich Town are unbeaten in their last 6 league matches at home.

Following on from being defeated in their last game at the hands of Sunderland in League One competition, Bristol Rovers will be hoping to turn things around here.

Aiden O'Brien (39') was the scorer for Sunderland.

The stats don’t lie, and Bristol Rovers have been scored against in 5 of their last 6 games, seeing their opponents hit 8 goals in all. In defence, The Pirates can certainly do much better. We shall soon see if that trend will end up being continued on here.

Going into this contest, Bristol Rovers are without an away win for the past 11 league matches. Who knows how long it might last, too.

Inspecting their past head-to-head meetings dating back to 17/08/1991 shows that Ipswich Town have won 4 of them and Bristol Rovers 1, with the number of drawn results being 1.

A sum of 19 goals were produced between them during those clashes, with 13 from The Tractor Boys and 6 for The Pirates. That is an average goals per game value of 3.17.

The previous league game featuring the two was League One match day 2 on 19/09/2020 and the score finished Bristol Rovers 0-2 Ipswich Town.

Thanks to a fully healthy group available for selection, Bristol Rovers boss Joey Barton doesn’t have any fitness concerns to report ahead of this game.

We’re of the opinion that Bristol Rovers will have their work cut out to score goals against this Ipswich Town outfit who we think will likely get the win and a maybe even keep a clean sheet as well.

We therefore fancy a very competitive game with a 1-0 victory for Ipswich Town at the end of the 90 minutes. 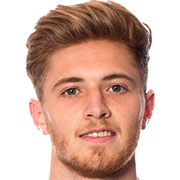 Usually used in the Centre Midfield position, Teddy Bishop was born in Cambridge, England. After making a first senior appearance for Ipswich Town in the 2014 - 2015 season, the gifted Midfielder has bagged 4 league goals in this League One 2020 - 2021 season to date from a total of 27 appearances.

While we have made these predictions for Ipswich Town v Bristol Rovers for this match preview with the best of intentions, no profits are guaranteed. Always gamble responsibly, and with what you can afford to lose. Good luck!