Swindon Town are going up against visiting side Bristol Rovers at The Energy Check County Ground in the League One game on Saturday.

Our tips, poll and stats for Swindon Town v Bristol Rovers can all be found here - along with the latest match odds.

Swindon Town will be hoping for a better result following a 0-3 League One defeat last time out to Accrington Stanley.

The only name on the scoresheet from Swindon Town was Joe Fryer (6' Own goal). Colby Bishop (25') and Dion Charles (38') scored for Accrington Stanley.

At least three goals per game have been seen in 5 of the past 6 meetings where Swindon Town have been involved. Opposition teams scored 13 times in this period whereas The Robins totted up 9.

Ahead of this clash, Swindon Town have not registered a win against Bristol Rovers in their last 5 league matches.

Following on from a loss in their previous game against Fleetwood Town in League One competition, Bristol Rovers and their travelling fans will hope for a better result here.

The numbers tell their own story, and Bristol Rovers have been scored against in 5 of their last 6 games, seeing their opponents hit 11 goals overall. At the back, The Pirates have seen their frailties exposed. Still, we will just have to wait and see whether the trend will be maintained in this upcoming match.

Heading into this contest, Bristol Rovers are undefeated by Swindon Town when they have played them away from home in the previous 2 matches in the league.

Looking at their past head to head meetings stretching back to 22/01/2011 reveals that these encounters have not been fruitful for Swindon Town. They’ve not been able to get any wins whatsoever while Bristol Rovers have maintained the edge over them, winning in 67% of those match-ups.

A combined sum of 11 goals were scored between them in this period, with 3 for The Robins and 8 for The Pirates. That is an average goals per game value of 1.83.

Swindon Town manager John Sheridan will be thankful to have no fitness worries whatsoever ahead of this game with a fully injury-free squad ready to go.

Due to a fully healthy group ready to go, Bristol Rovers boss has zero fitness worries at all coming into this game.

Our assessment is that Bristol Rovers have the firepower to breach the defence of this Swindon Town outfit, although that isn’t expected to be as many as they will have scored against them.

We’re expecting both teams to score in a 2-1 victory for Swindon Town at the end of the 90 minutes. It will be interesting to see how this one goes. 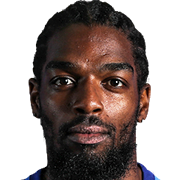 Mostly played in the Centre Midfield position, Anthony Grant was born in Lambeth, England. After having played his first senior match for Oldham Athletic in the 2005 - 2006 season, the talented Midfielder has managed to score 2 league goals in the League One 2020 - 2021 campaign to date in a total of 10 appearances.

We have made these Swindon Town v Bristol Rovers predictions for this match preview with the best intentions, but no profits are guaranteed. Please always gamble responsibly, only with money that you can afford to lose. We wish you the best of luck.