The National League fixture at Hayes Lane Stadium on Tuesday will see home side Bromley take to the field against Dagenham & Redbridge.

Full predictions, pre-match stats and user poll for Bromley v Dagenham & Redbridge are shown on this page including the latest game odds.

Bromley prepare for this match coming off the back of a 2-2 National League drawn match against Aldershot Town.

Andy Woodman's Bromley have seen rewards for their attempts on goal a sum total of 11 times in their past 6 outings. The comparative tally of goals that have been scored against them in that same time stands at 8.

Dagenham & Redbridge come into this meeting after a 0-2 National League win to defeat Aldershot Town in their last outing.

The only name on the scoresheet from Dagenham & Redbridge was Josh Walker (7', 78').

Looking at their prior head-to-head meetings dating back to 28/12/2019 tells us that Bromley have won 2 of them & Dagenham & Redbridge 4, with the tally of drawn results being 0.

A combined total of 18 goals were scored between the two sides in this period, with 7 of them for The Ravens and 11 belonging to The Daggers. The average number of goals per game works out to 3.

The last league game featuring these sides was National League match day 6 on 29/08/2022 and the score finished Dagenham & Redbridge 4-1 Bromley.

The referee was Robert Massey-Ellis.

There aren’t many selection issues, with just the sole fitness concern for the Bromley boss Andy Woodman to contend with from an otherwise complete set of players. Reice Charles-Cook (torn tendon) is out of contention.

Thanks to a completely injury-free squad to pick from, the Dagenham & Redbridge boss Daryl McMahon does not have any fitness worries at all ahead of this match.

We’ve got the feeling that Dagenham & Redbridge have it in them to put one past this Bromley team, but that realistically won’t prevent them from conceding a couple at the other end.

We are anticipating a tight encounter finishing with a 2-1 winning score for Bromley when all is said and done. We are expecting it to be pretty even. 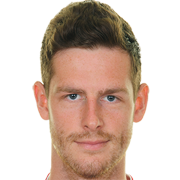 Usually deployed in the Striker position, Adam Marriott was born in England. After having made a senior debut playing for Cambridge United in the 2009 - 2010 season, the goalscoring Forward has struck 8 league goals in the National League 2022 - 2023 season to date from a total of 16 appearances.

We have made these Bromley v Dagenham & Redbridge predictions for this match preview with the best intentions, but no profits are guaranteed. Please always gamble responsibly, only with money that you can afford to lose. Best of luck with your selections.