Return to this page a few days before the scheduled game when this expired prediction will be updated with our full preview and tips for the next match between these teams.
Full-Time Result Prediction
👉
Burgos to Win

Real Zaragoza will arrive at The Estadio Municipal de El Plantío on Sunday for the La Liga 2 game with home team Burgos.

All of our predictions, stats and the user poll for Burgos v Real Zaragoza are shown below - as well as up-to-date odds.

Burgos will be looking for a repeat result of a 0-1 La Liga 2 success versus Racing de Santander.

In that game, Burgos had 44% possession and 10 shots at goal with 5 on target. The scorer for Burgos was Curro Sánchez (67'). On the other side, Racing de Santander had 11 attempts on goal with 3 of them on target.

A common aspect of recent Burgos games is the high number of scores with a nil in them.

From their previous 6 matches before this one, in as many as 5 of them a wager on both teams scoring would've been a losing one. Let’s see if that trend will be sustained here.

For 5 of the prior six games involving Real Zaragoza, a relatively low number of goals have been scored between them and opposing sides. The overall average number of goals per game within that period is a meagre 1.83, with the number of goals averaged by Blanquillos being 0.83.

The last league meeting featuring these sides was La Liga 2 match day 37 on 24/04/2022 which ended up with the score at Real Zaragoza 0-0 Burgos.

On that occasion, Real Zaragoza managed 59% possession and 12 shots on goal with 2 of them on target.

For their opponents, Burgos had 9 shots at goal with 2 of them on target.

The match was refereed by José Antonio López Toca.

From a largely full-strength group, there is just the sole fitness issue for the Real Zaragoza boss Juan Carlos Carcedo to contend with. Carlos Vigaray (Knee Injury) misses out for this game.

Our thinking is that Real Zaragoza will likely create enough chances to put one past this Burgos side, but that isn’t expected to be enough to avoid defeat.

Our selection here is for a close game with a 2-1 win for Burgos at the end of the match. It should be a decent one. 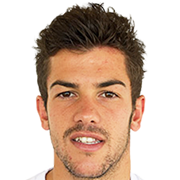 Normally taking up the Right Wing position, Curro Sánchez was born in La Palma del Condado, Spain. Having made his senior debut playing for Sevilla in the 2015 - 2016 season, the skilful Forward has netted 3 league goals in this LaLiga2 2022 - 2023 campaign to date coming from a total of 10 appearances.

While we have made these predictions for Burgos v Real Zaragoza for this match preview with the best of intentions, no profits are guaranteed. Always gamble responsibly, and with what you can afford to lose. Good luck!