Sochaux play host to visitors SM Caen at Stade Auguste-Bonal in this Ligue 2 game on Friday.

Our Sochaux v SM Caen predictions, statistics and match poll can be seen below - as well as the best betting odds.

Sochaux will be hoping to return to winning ways here after a 1-0 Ligue 2 losing effort in their last game against Havre AC.

The only player to score from Sochaux was Skelly Alvero (77' Own goal).

Olivier Guégan's Sochaux have celebrated scoring a sum total of 6 times over their prior six outings. The corresponding number of goals that have been scored against them in those same fixtures stands at 7.

Taking a look at their past results, SM Caen:

An examination of their past head to head results stretching back to 13/05/2012 tells us that these fixtures have not been good ones for SM Caen. They’ve not been able to get any wins whatsoever whereas Sochaux have remained in the ascendancy, running out winners in 83 per cent of those games played.

A total of 18 goals were shared by the two clubs throughout the course of those matches, with 13 for Les Lionceaux and 5 for Caen. This gives an average number of goals per game equal to 3.

The Sochaux manager Olivier Guégan will be thankful to have no fitness concerns whatsoever ahead of this clash thanks to a fully injury-free squad available for selection.

Thanks to a largely healthy group, there’s just the sole fitness issue for the SM Caen manager Stéphane Moulin to be concerned about. Lamine Sy (Cruciate Ligament Rupture) misses out for this game.

We envisage that SM Caen have it in them to break down this Sochaux outfit, however it is unlikely to be as many as the goals that they could concede.

Our tip is for a 2-1 advantage for Sochaux by the conclusion of the game. Let’s wait and see how it plays out. 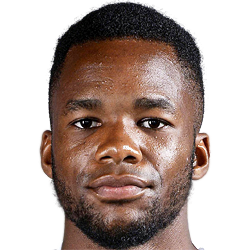 Usually playing in the Striker position, Aldo Kalulu was born in Lyon, France. Having made his senior debut playing for Lyon in the 2015 - 2016 season, the gifted Forward has scored a sum of 3 league goals in this Ligue 2 2022 - 2023 season to date in 17 appearances.

We have made these Sochaux v SM Caen predictions for this match preview with the best intentions, but no profits are guaranteed. Please always gamble responsibly, only with money that you can afford to lose.