Cagliari will be taking on visiting rivals Udinese at Sardegna Arena in this Serie A fixture on Sunday.

Our tips, poll and stats for Cagliari v Udinese can all be found here including the latest game odds.

Cagliari will be wanting a better result here after the 2-1 Serie A loss in their previous game against Lazio.

In that match, Cagliari had 36% possession and 8 shots on goal with 4 on target. The only player to score for Cagliari was Giovanni Simeone (45'). For their opponents, Lazio had 19 shots at goal with 11 on target. Sergej Milinković-Savić (47') and Ciro Immobile (60') scored for Lazio.

Cagliari have struggled with their forward play of late. Their sum of goals equals just 2 vs opposition teams during the course of their last six outings. In those meetings, Casteddu / Rossoblu have also seen the number of goals against them come to 7.

A look at their previous results shows us that Cagliari:

Udinese will come into the meeting following a 2-1 Serie A win as they beat Juventus in their last game.

In that game, Udinese had 39% possession and 10 attempts at goal with 4 on target. For Udinese, the scorers were Ilija Nestorovski (52') and Seko Fofana (90'). At the other end, Juventus had 21 shots on goal with 5 of them on target. Matthijs de Ligt (42') scored for Juventus.

An examination of their prior head to head meetings stretching back to 23/04/2017 tells us that Cagliari have won 2 of these games & Udinese 4, with the tally of draws standing at 0.

An aggregate of 15 goals were produced between them during those clashes, with 6 of them for Casteddu / Rossoblu and 9 being from Bianconeri Friuliani. That’s an average goals per game of 2.5.

The last league clash between these clubs was Serie A match day 17 on 21/12/2019 when the final score was Udinese 2-1 Cagliari.

Cagliari may not find it easy to find the net against this Udinese team who we reckon will get a goal themselves and run out victorious.

We’re going for a hard-fought contest, finishing with a 0-1 victory for Udinese when the referee blows for full-time.

Over/Under 2.5 Goals Prediction for Cagliari vs Udinese
Under 2.5 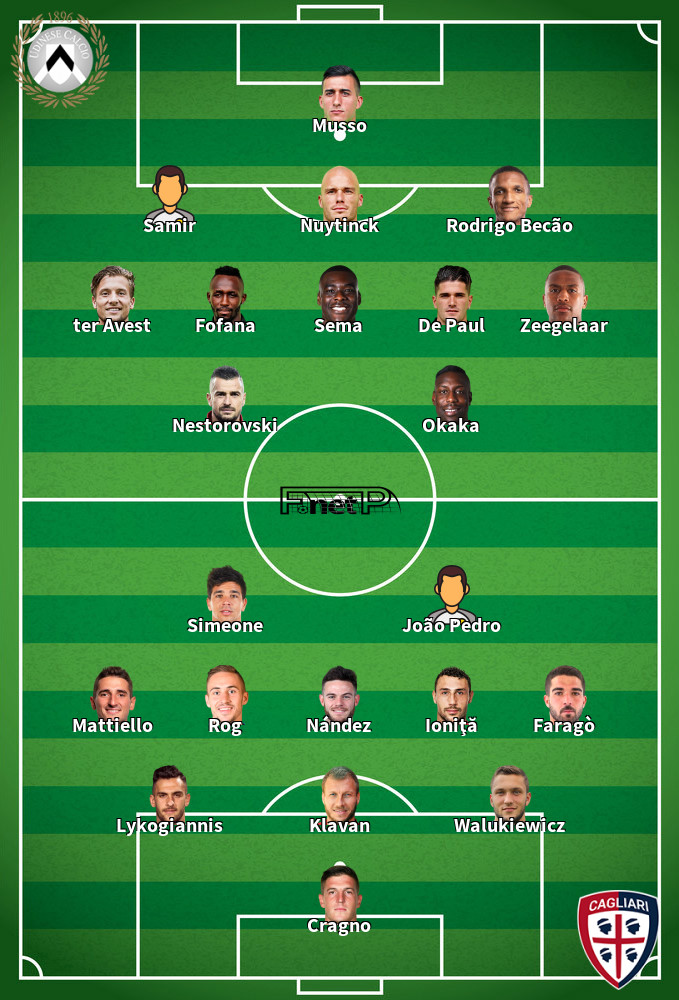 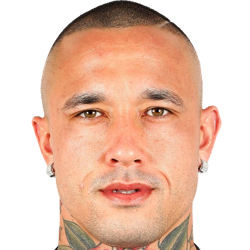 Typically playing in the Centre Midfield position, Radja Nainggolan was born in Antwerp, Belgium. After making a first senior appearance for Piacenza FC in the 2005 - 2006 season, the dangerous Midfielder has managed to score 6 league goals in the Serie A 2019 - 2020 campaign to date in a total of 26 appearances.

While we have made these predictions for Cagliari v Udinese for this match preview with the best of intentions, no profits are guaranteed. Always gamble responsibly, and with what you can afford to lose. We wish you the best of luck.