The League Two clash at The Peoples Pension Stadium on Saturday will see hosts Crawley Town up against Carlisle United.

View all of the Crawley Town v Carlisle United predictions, poll and stats below including the latest game odds.

Crawley Town will be hoping to bounce back here after the 1-0 League Two defeat in their last game at the hands of Bristol Rovers.

Leon Clarke (47') was the scorer for Bristol Rovers.

Fixtures with Crawley Town have usually been absorbing affairs lately with a lot of goalmouth action the rule rather than the exception. Over their past half dozen clashes alone, the sum total of 24 goals have been scored for both sides combined (at an average of 4 goals per game) with 8 of them coming from Crawley Town.

Carlisle United will go into the meeting following a 2-1 League Two win with the defeat of Salford City in their previous match.

The stats tell the story, and Carlisle United have been scored against in 5 of their last 6 matches, conceding 8 goals in all. At the back, Carlisle United can certainly do much better. It will be interesting to see whether or not that trend will be sustained into this next match.

Going into this game, the form guide shows that Carlisle United:

A quick look at their past head to head meetings going back to 22/12/2018 shows that these encounters have not been fruitful for Crawley Town. They have not been able to get themselves any wins at all whereas Carlisle United have just been too good for them, finishing as winners in 83 per cent of those games where they have faced each other.

A total of 19 goals were yielded between them in these games, with 5 for The Red Devils and 14 netted by The Cumbrians. This gives an average number of goals per game equal to 3.17.

The last league clash featuring the two was League Two match day 29 on 30/03/2021 when the final score was Carlisle United 2-0 Crawley Town.

The Crawley Town manager John Yems has no fitness concerns at all before this match with a completely injury-free group available to select from.

Owing to a completely injury-free squad available to select from, the Carlisle United boss Chris Beech does not have any fitness worries to report coming into this match.

We feel that Carlisle United and Crawley Town could well both score and end up finding themselves in a fairly even game here.

A close call, and we think a draw is quite likely. We’re therefore seeing a very close game with a 1-1 score draw at full-time. 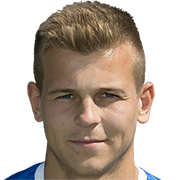 Generally deployed in the Centre Midfield position, Jake Hessenthaler was born in Gravesend, England. Having played his first senior match for Tamworth in the 2012 - 2013 season, the dangerous Midfielder has bagged 3 league goals in the League Two 2021 - 2022 campaign to date in a total of 5 appearances.

While we have made these predictions for Crawley Town v Carlisle United for this match preview with the best of intentions, no profits are guaranteed. Always gamble responsibly, and with what you can afford to lose. Good luck if you do place a bet today.