Carlisle United will take to the pitch with guests Hartlepool United at Brunton Park in this League Two match on Tuesday.

View all Carlisle United v Hartlepool United tips, stats and our pre-match poll below - as well as the best betting odds.

Carlisle United will want to continue from where they left off last time out with the 2-0 League Two triumph versus Newport County.

For Carlisle United, the scorers were Kristian Dennis (45') and John-Kymani Gordon (57').

Carlisle United have been on a persistent run of goalscoring form, hitting the target every time they’ve gone out to play in their last 6 games.

They’ve managed to rack up 9 during that period and have conceded a total of 5.

Hartlepool United will go into the game following a 2-0 League Two win to defeat Rochdale in their last fixture.

For Hartlepool United, the goals were scored by Josh Umerah (54') and Jack Hamilton (64').

Ahead of this clash, Hartlepool United haven't beaten Carlisle United in away games against them for the last 5 matches in the league. They'll be keen to stop this run.

An examination of their prior head-to-head meetings dating back to 15/10/2016 shows us that Carlisle United have won 2 of these games & Hartlepool United 1, with the tally of drawn games standing at 3.

20 goals were yielded between them in this period, with 11 of them for The Cumbrians and 9 netted by The Pool. The average number of goals per game works out to 3.33.

The previous league encounter featuring these sides was League Two match day 14 on 08/10/2022 which finished with the scoreline of Hartlepool United 1-3 Carlisle United.

The referee was Tom Reeves.

The Carlisle United boss Paul Simpson will be grateful to have no fitness concerns at all ahead of this clash thanks to a fully injury-free group available for selection.

Due to a fully healthy squad ready to go, the Hartlepool United boss Keith Curle has no fitness worries at all before this match.

In this match, Carlisle United will most probably be able to create a high number of chances and successful shots on target.

At the other end, Hartlepool United are also probably going to find it difficult to score themselves but we do think that it’s more than likely that they will be converting at least once here, too.

Our tip is for a fairly comfortable 3-1 victory for Carlisle United at the end of the match. 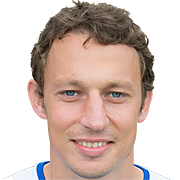 Mostly taking up the Striker position, Kristian Dennis was born in Manchester, England. After making a first senior appearance for Macclesfield Town in the 2007 - 2008 season, the skilful Forward has netted 14 league goals in this League Two 2022 - 2023 season so far coming from a total of 24 appearances.

We have made these Carlisle United v Hartlepool United predictions for this match preview with the best intentions, but no profits are guaranteed. Please always gamble responsibly, only with money that you can afford to lose. Good luck!