Return to this page a few days before the scheduled game when this expired prediction will be updated with our full preview and tips for the next match between these teams.
Full-Time Result Prediction for CD Lugo vs Elche CF
Draw
The LaLiga2 match at Estadio Anxo Carro on Sunday will see home side CD Lugo welcoming opponents Elche CF.

In our opinion, Elche CF and CD Lugo could both well score here although it’s hard to see a clear-cut winner. Will be interesting to see how this one goes, with a good chance of a draw. With that in mind, we reckon that it will be a very close game with a 1-1 draw when all is said and done. Our predictions, user poll and statistics for CD Lugo v Elche CF can be found here - plus the latest match odds.

Looking at their past form shows that CD Lugo: 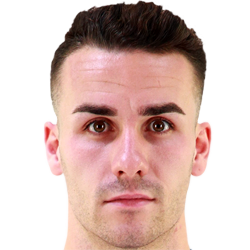 Mostly deployed in the Centre Midfield position, Álex Lopez was born in Terrassa, Spain. After making a first senior appearance for Espanyol in the 2018 - 2019 season, the skilful Midfielder has hit 2 league goals in this LaLiga2 2019 - 2020 season so far from a total of 17 appearances.

We have made these CD Lugo v Elche CF predictions for this match preview with the best intentions, but no profits are guaranteed. Please always gamble responsibly, only with money that you can afford to lose.