Ceará will be facing the visiting Corinthians at Estádio Governador Plácido Castelo in the Serie A meeting on Thursday.

View all of the Ceará v Corinthians predictions, poll and stats below - as well as the best betting odds.

Ceará prepare for this fixture coming off the back of a 1-1 Serie A drawn match vs Atlético Goianiense.

Ceará haven’t been able to stop scoring goals, finding the back of the net in each and every one of their last 6 matches.

They’ve hit an aggregate of 10 during that period and have conceded a total of 4. Historical results aside, it remains to be seen if that pattern will be replicated in this next game.

Taking a look at their past results, Ceará:

Corinthians come into this meeting following on from a 2-0 Serie A win with the eclipse of Santos in their most recent fixture.

The trend of at least one team not managing to score in games featuring Corinthians has been apparent recently. Checking on their last 6 games shows that it has happened 5 times. In these clashes, their opponents have managed a goal total of 6 and Corinthians have scored 7.

Going into this one, Corinthians haven’t won away from home in the past 7 league games.

A glance at their prior head to head meetings going back to 05/09/2018 shows us that Ceará have won 2 of these & Corinthians 3, with the number of drawn games being 1.

A sum of 18 goals were scored between them during those clashes, with 8 of them for Vovô and 10 being from Timão. That is an average goals per game value of 3.

The previous league meeting between these sides was Serie A match day 16 on 15/08/2021 which ended up with the score at Corinthians 3-1 Ceará.

The referee was Rodolpho Toski Marques.

The Ceará manager Tiago Nunes will be thankful to have no fitness worries at all before this game with a completely healthy squad ready to go.

Thanks to a completely healthy group available to select from, the Corinthians manager Sylvio Sylvinho does not have any fitness concerns to speak of ahead of this clash.

We’re thinking that Corinthians may not find it easy to find the net against this Ceará outfit who we think should do enough to score at the other end and edge ahead.

With that in mind, we reckon that it will be a good battle with a 1-0 winning score for Ceará at full-time. 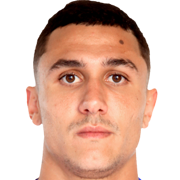 Regularly playing in the Central Attacking Midfielder position, Vina was born in Curitiba, Brazil. Having made his senior debut playing for Coritiba in the 2012 season, the dangerous Midfielder has got 7 league goals in this Série A 2021 campaign so far from a total of 31 appearances.

We have made these Ceará v Corinthians predictions for this match preview with the best intentions, but no profits are guaranteed. Please always gamble responsibly, only with money that you can afford to lose. We wish you the best of luck.