Grêmio play host to visiting club Ceará at Arena do Grêmio in this Serie A fixture on Sunday.

To see all of our predictions, user poll & stats for Grêmio v Ceará, scroll down - plus the latest betting odds.

Grêmio will be hoping for a better result following a 0-1 Serie A defeat in their last game at the hands of Corinthians.

In that game, Grêmio had 47% possession and 6 shots at goal with 1 on target. On the other side, Corinthians had 2 shots on goal with 0 on target. Jô (79') was the scorer for Corinthians.

Over their past six games, Tiago Nunes's Grêmio have seen rewards for their attempts on goal a combined total of 6 times, with that being an average number of goals per match equal to 1.

After a loss in their previous game against América Mineiro in Serie A action, Ceará and their travelling supporters will be hoping that they can get a better result in this one.

Guto Ferreira's Ceará have had reason to celebrate scoring a total of 5 times throughout their previous 6 matches. The number of goals that they have conceded during that period comes to 7.

A review of their most recent head-to-head meetings going back to 23/09/2018 shows us that Grêmio have won 3 of them and Ceará 2, with the number of drawn matches standing at 1.

There were also goals galore in those games, with 24 overall at an average of 4 goals per meeting.

The last league clash between the two was Serie A match day 1 on 30/05/2021 which finished with the scoreline of Ceará 3-2 Grêmio.

The referee was Savio Sampaio.

The Grêmio manager Tiago Nunes has zero fitness concerns whatsoever coming into this clash with a completely injury-free squad to pick from.

Due to a mostly available squad, there’s just the lone fitness worry for the Ceará gaffer Guto Ferreira to be concerned with. Vítor Jacaré (Cruciate Ligament Injury) won’t be playing here.

We’re of the opinion that Ceará should be able to breach the defence of this Grêmio outfit, but it probably won’t be enough to avoid defeat.

We’re tipping a narrow 2-1 winning score for Grêmio when all is said and done. Let’s wait and see how it plays out. 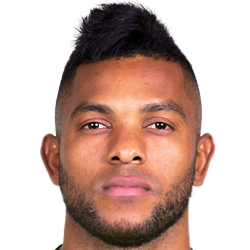 Regularly played in the Striker position, Miguel Borja was born in Tierralta, Colombia. After having played his first senior match for Livorno in the 2013 - 2014 season, the talented Forward has bagged 3 league goals in this Série A 2021 season to date in a total of 5 appearances.

We have made these Grêmio v Ceará predictions for this match preview with the best intentions, but no profits are guaranteed. Please always gamble responsibly, only with money that you can afford to lose. Good luck if you do place a bet today.