The J1 League fixture at Yamaha Stadium on Saturday sees home team Júbilo Iwata up against opponents in Cerezo Osaka.

Our predictions, user poll and statistics for Júbilo Iwata v Cerezo Osaka can be found here (plus the best game odds).

Júbilo Iwata will be looking to improve on their last outing here after a 4-0 J1 League defeat in their last game at the hands of Consadole Sapporo.

A common trait of recent Júbilo Iwata games is the number of results with a nil in them.

From their prior 6 matches leading up to this one, in as many as 5 of them a wager on BTTS would have been a losing one. Despite that, it remains to be seen if such a trend will continue on in this upcoming match.

Cerezo Osaka go into this encounter following on from a 0-1 J1 League win versus Urawa Red Diamonds in their previous game.

In as many as 5 out of the previous 6 clashes involving Cerezo Osaka, three or more goals have been struck. The average goals scored per game during that time is 2.83, with the number of goals averaged by Cerezo Osaka equalling 1.5.

Coming into this meeting, Cerezo Osaka haven't been beaten by Júbilo Iwata in away games against them for the last 5 league matches. An impressive run.

Looking over their most recent head to head clashes dating back to 19/08/2017 shows that Júbilo Iwata have won 0 of them & Cerezo Osaka 3, with the tally of draws standing at 3.

An aggregate of 13 goals were scored between them throughout the course of those matches, with 4 from Júbilo Iwata and 9 created by Sakura. The average number of goals per game works out to 2.17.

The last league contest between these clubs was J1 League match day 12 on 06/05/2022 which finished with the scoreline of Cerezo Osaka 2-1 Júbilo Iwata.

Júbilo Iwata had 11 attempts at goal with 4 of them on target. Fabián González (79') scored.

The Júbilo Iwata manager Akira Ito has a full complement, with no fitness concerns to speak of ahead of this game owing to a completely injury-free group available to choose from. The players who will not be able to play in this game through being suspended are Ricardo Graça and Fabián González.

We’re of the view that Júbilo Iwata will have to perform well to register a score against this Cerezo Osaka lineup who should score at least once to put them ahead.

We’re going for a 0-1 winning margin for Cerezo Osaka at the end of the 90. 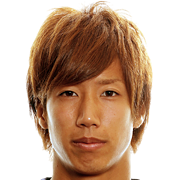 Mostly taking up the Striker position, Yūki Ōtsu was born in Japan. Having made a first senior appearance for Kashiwa Reysol in the 2008 season, the talented Forward has hit 3 league goals in the J1 League 2022 season so far in a total of 22 appearances.

While we have made these predictions for Júbilo Iwata v Cerezo Osaka for this match preview with the best of intentions, no profits are guaranteed. Always gamble responsibly, and with what you can afford to lose. Good luck if you do place a bet today.