Cuiabá will be the visitors at Arena Condá on Sunday for the Serie A fixture with home team Chapecoense.

All Chapecoense v Cuiabá match predictions, user poll and stats are shown below (plus the best game odds).

Chapecoense will be hoping to return to winning ways here after the 2-1 Serie A defeat in their last game at the hands of Flamengo.

It’s been seldom in recent games that Chapecoense haven’t conceded. It will be a concern for them that Verdão have been scored against in 6 of their previous 6 matches, leaking 12 goals along the way. Even so, we must now wait to see if such a trend might be replicated in this next match or not.

Previously, Cuiabá drew 2-2 in the Serie A tie with Ceará.

The numbers tell their own story, and Cuiabá have been scored against in 5 of their last 6 games, conceding 8 goals in all. In defence, Cuiabá have some weaknesses to address.

It seems to us that Cuiabá and Chapecoense could well end up finding themselves level here, with both teams capable of netting.

A close call, and we think a draw is quite likely. We’re therefore seeing a 1-1 score draw at the end of the 90. 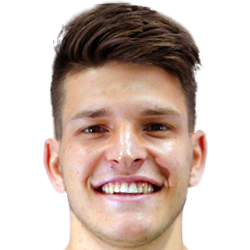 Regularly taking up the Striker position, Pedro Perotti was born in Seberi, Brazil. Having played his first senior match for Chapecoense in the 2017 season, the talented Forward has contributed 2 league goals in the Série A 2021 season so far in a total of 10 appearances.

While we have made these predictions for Chapecoense v Cuiabá for this match preview with the best of intentions, no profits are guaranteed. Always gamble responsibly, and with what you can afford to lose. We wish you the best of luck.