Chelsea arrive at Etihad Stadium on Saturday for the Premier League meeting with home side Manchester City.

Our Manchester City v Chelsea tips, poll and stats can be seen in full below - as well as up-to-date odds.

Manchester City fans will want a repeat of their previous result, being a 1-4 FA Cup success vs Swindon Town.

Going into this one, Manchester City have not been beaten in their last 5 home league matches.

Chelsea will go into this meeting following a 0-1 EFL Cup win to beat Tottenham Hotspur in their previous fixture.

In their last half-dozen clashes, Chelsea have amassed a total of 14 goals. Chelsea have additionally got on the scoresheet on each one of those occasions. During those fixtures, they’ve had 5 goals scored by their opponents. Having said that, we’ll just have to find out if the trend might be maintained in this game.

Heading into this contest, Chelsea haven't been defeated in their previous 2 away league matches.

Looking at their most recent head-to-head meetings going back to 25/06/2020 shows that Manchester City have won 2 of these & Chelsea 4, with the number of drawn results standing at 0.

A sum of 13 goals were scored between them throughout the course of those matches, with 6 of them for The Citizens and 7 coming from The Blues. This gives an average number of goals per game equal to 2.17.

There aren’t many personnel worries, with just a single fitness concern for the Manchester City gaffer Pep Guardiola to be concerned with from of an almost fully healthy set of players. Luka Ilic (Unknown Injury) is sidelined. Riyad Mahrez cannot play in this game through suspension.

Our thinking is that Manchester City look set to get a couple of goals in this one when they meet Chelsea, who may well find it hard to break down their defence.

We reckon that it will be a decent 2-0 winning margin for Manchester City come full-time. 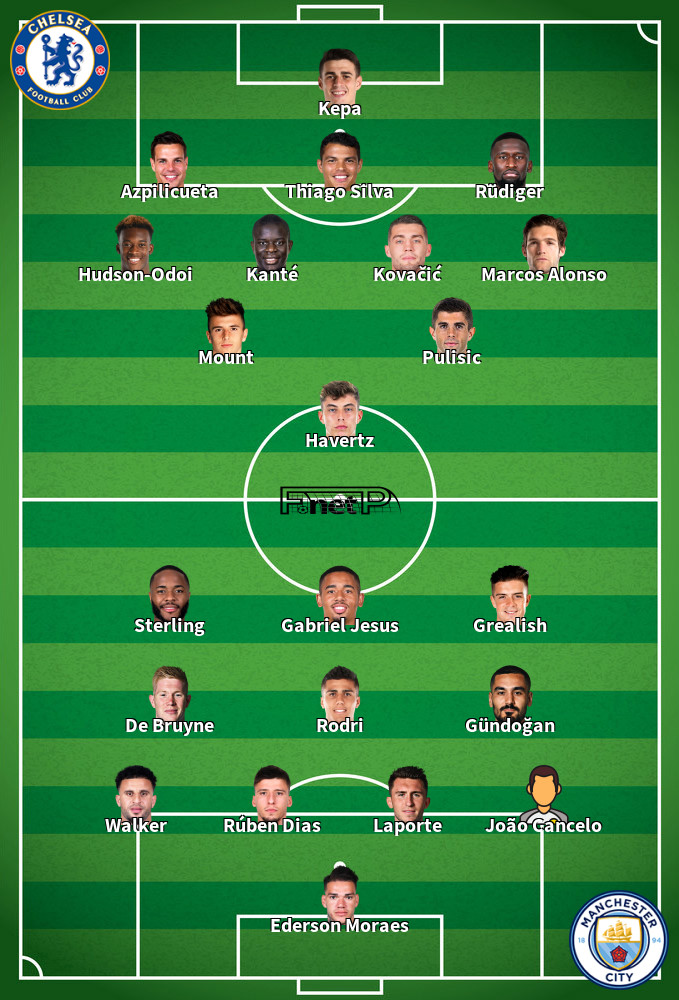 Typically playing in the Left Wing position, Raheem Sterling was born in Kingston, Jamaica. Having made his senior debut playing for Liverpool in the 2011 - 2012 season, the accomplished Forward has hit 7 league goals in the Premier League 2021 - 2022 season so far from a total of 17 appearances.

While we have made these predictions for Manchester City v Chelsea for this match preview with the best of intentions, no profits are guaranteed. Always gamble responsibly, and with what you can afford to lose. Good luck with your selections.