The National League match at Technique Stadium on Saturday sees home side Chesterfield prepare for the visit of Solihull Moors.

Scroll down for all of our predictions, poll and stats for the Chesterfield v Solihull Moors game including the latest game odds.

Chesterfield, following on from their previous result, will be hoping for more of the same after a 1-5 National League triumph versus Torquay United.

Fixtures involving Chesterfield have usually been exciting encounters of late with high scoring being a common characteristic. Over their past six games, a grand total of 21 goals have flown in for both teams combined (at an average of 3.5 goals per game) with 14 of these belonging to Chesterfield. However, time will tell whether that pattern will be sustained here in this game.

After a losing effort in their last game against Dagenham & Redbridge in National League action, Solihull Moors and their travelling fans will hope for a better result here.

The trend of at least one side getting a clean sheet in games featuring Solihull Moors has been apparent recently. Looking at their last 6 outings shows that it’s occurred 5 times. During those clashes, their opponents have managed a goal aggregate of 5 while Solihull Moors have scored 6.

Leading up to this clash, Solihull Moors:

Inspecting their most recent head to head clashes stretching back to 01/01/2020 shows us that Chesterfield have won 2 of them and Solihull Moors 4, with the number of drawn results being 0.

An aggregate of 18 goals were yielded between them in these games, with 7 for The Spireites and 11 belonging to The Moors. That’s an average goals per game of 3.

There aren’t many selection issues, with just the lone fitness concern for the Chesterfield gaffer Paul Cook to contend with from an otherwise complete group. Kabongo Tshimanga (Fractured Leg) misses out.

Thanks to a fully healthy group to pick from, the Solihull Moors manager Neal Ardley has no fitness worries to speak of ahead of this game.

Our assessment is that Solihull Moors are dangerous enough to put one past this Chesterfield lineup, however that may not quite be enough to avoid a loss.

We’re tipping a 2-1 winning score for Chesterfield after the 90. There looks to be little in this one. 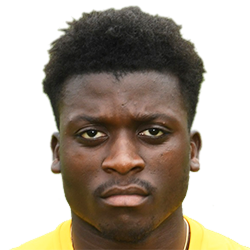 Usually deployed in the Striker position, Kabongo Tshimanga was born in Kinshaha, DR Congo (Zaire). Having made a first senior appearance for Aldershot Town in the 2014 - 2015 season, the skilful Forward has struck 5 league goals in this National League 2022 - 2023 season to date in 13 appearances.

We have made these Chesterfield v Solihull Moors predictions for this match preview with the best intentions, but no profits are guaranteed. Please always gamble responsibly, only with money that you can afford to lose. Good luck if you do place a bet today.