Scroll down to see all of the predictions, poll and statistics for Chesterfield v Woking - plus the latest match odds.

Chesterfield prepare for this match following a 0-0 National League drawn match vs Woking.

In as many as 5 of the previous 6 clashes featuring Woking, three or more goals have been hit. The average goals scored per game during that time is 3, with the number of goals averaged by Woking equalling 1.33. That sort of trend won’t necessarily be sustained here, of course.

The previous league game featuring these sides was National League match day 7 on 28/09/2021 when it ended Woking 3-1 Chesterfield.

Nearly everyone is up for selection, with just the sole fitness concern for the Chesterfield manager Paul Cook to contend with from an otherwise fully-primed squad. Kabongo Tshimanga (Fractured Leg) will miss out.

Owing to a completely healthy group available for selection, the Woking boss Darren Sarll does not have any fitness worries to report coming into this clash. Jamar Loza is ineligible for this match because of suspension.

It looks to us that Chesterfield have it within them to get a couple of goals in this one when they play Woking, who will not find it easy to find the back of the net.

We therefore think that it’s going to be a 2-0 winning margin for Chesterfield come full-time. 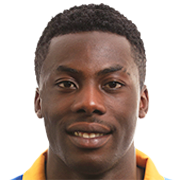 Mostly taking to the field in the Striker position, Akwasi Asante was born in Amsterdam, Netherlands. Having made a first senior appearance for Northampton Town in the 2011 - 2012 season, the talented Forward has contributed 6 league goals in this National League 2021 - 2022 season so far in a total of 24 appearances.

While we have made these predictions for Chesterfield v Woking for this match preview with the best of intentions, no profits are guaranteed. Always gamble responsibly, and with what you can afford to lose. Good luck!