The Clermont Foot v Valenciennes FC live stream video is scheduled for 25/02/2021. Fans of both clubs can watch this clash on a live streaming service should the game be featured in the schedule mentioned above. Here we provide helpful information for watching this Ligue 2 game including the most recent guide to form, head to head clashes and our match views.

To watch the game via other methods, search for television listings relating to your local region. Such broadcasting rights are typically granted on a per-competition/league or even per-game arrangement basis. For matches shown live on regional television programmes, check the schedules on stations like BT Sport, Amazon Prime Video, Sky Sports, Now TV, iTV, Canal+, Fox Soccer, ESPN relevant to where you are.

Where the abovementioned broadcaster has the rights to the Clermont Foot v Valenciennes FC football live streaming service, you can see the game on mobile devices (iPhone, Android including Huawei) and PC as well as tablet (eg iPad, Huawei MediaPad).

After the match finishes, we might also provide a link to highlights from time to time. We aren’t responsible for the transmission of any match video content linked to from this site. All legal complaints must be directed to the hosters/owners of such content.

Our predictions, user poll and statistics for Clermont Foot v Valenciennes FC can be found here including the latest game odds.

Clermont Foot fans will want a repeat of their previous result, being a 0-2 Ligue 2 victory vs AC Ajaccio.

In their prior six games, Pascal Gastien's Clermont Foot have seen rewards for their attempts on goal a combined total of 8 times, an average number of goals scored per match of 1.33.

In their last game, Valenciennes FC drew 2-2 in the Ligue 2 tie with ESTAC.

For Valenciennes FC, the goalscorers were Baptiste Guillaume (13') and Éric Vandenabeele (91'). Yoann Touzghar (64') and Alimami Gory (71') scored for ESTAC.

The stats tell the story, and Valenciennes FC have been scored against in 5 of their last 6 games, conceding 9 goals overall. At the back, Les Athéniens have been far from perfect.

Heading into this fixture, Valenciennes FC are without an away win for the past 3 league matches.

Checking on their most recent head-to-head clashes going back to 16/01/2018 shows us that Clermont Foot have won 4 of these games & Valenciennes FC 2, with the number of drawn results standing at 0.

A combined sum of 17 goals were shared by the two clubs throughout the course of those matches, with 13 of them for Clermont and 4 netted by Les Athéniens. That’s an average goals per game figure of 2.83.

The last league game featuring these clubs was Ligue 2 match day 9 on 31/10/2020 when the final score was Valenciennes FC 1-3 Clermont Foot.

Clermont Foot manager Pascal Gastien does not have any fitness worries whatsoever ahead of this clash owing to a fully injury-free squad to pick from.

Thanks to a largely full-strength group, there is just the one fitness worry for the Valenciennes FC boss Olivier Guégan to contend with. Malek Chergui (Cruciate Ligament Rupture) misses out for this game.

We’re of the opinion that Clermont Foot should have the majority of the possession and should be able to turn a few of their chances into goals.

At the same time, Valenciennes FC won’t find it easy to make a breakthrough but we can see them managing to get on the scoresheet here.

Our selection here is for a comfortable 3-1 margin for Clermont Foot come full-time. 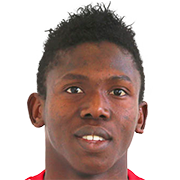 Mostly deployed in the Right Attacking Midfielder position, Jodel Dossou was born in Dassa-Zoumé, Benin. After having made a senior debut playing for FC Liefering in the 2013 - 2014 season, the goalscoring Midfielder has got 7 league goals in this Ligue 2 2020 - 2021 season so far from a total of 25 appearances.

While we have made these predictions for Clermont Foot v Valenciennes FC for this match preview with the best of intentions, no profits are guaranteed. Always gamble responsibly, and with what you can afford to lose. Good luck with your selections.

⚽️ Where can I get the odds for other Ligue 2 matches?

Look at all of the upcoming (and previous) Ligue 2 predictions & previews here.