Talleres will face off against guests Colón at Estadio Francisco Cabasés in this Superliga clash on Sunday.

Scroll down to see all of the predictions, poll and statistics for Talleres v Colón (including the best match odds).

Talleres head into this match following on from a 1-1 Superliga drawn result against Atlético Tucumán.

Under three goals per match were recorded in 5 of the last 6 meetings where Talleres have been participants. Regarding the goal attribution during this period, opposing sides scored a total of 6 while Talleres managed the sum of 6.

Ahead of this clash, Talleres are undefeated in their previous 4 league matches at home.

Previously, Colón drew 0-0 in the Superliga match with San Lorenzo.

In that game, Colón had 51% possession and 9 attempts at goal with 3 on target. At the other end, San Lorenzo had 11 shots on goal with 3 of them on target.

The stats tell the story, and Colón have been scored against in 5 of their last 6 matches, letting opponents get 9 goals overall. In defence, Colón have been far from perfect. That being said, we’ll just have to find out if that trend might be maintained in this game or not.

Looking at the pre-match facts, Colón:

Inspecting their most recent head-to-head clashes going back to 09/03/2020 shows us that Talleres have won 3 of these & Colón 1, with the number of drawn matches being 2.

A total of 12 goals were produced between them throughout the course of those matches, with 8 for La T and 4 belonging to Los Sabaleros. This gives an average number of goals per game equal to 2.

The Talleres manager Pedro Caixinha will be thankful to have no fitness concerns whatsoever before this clash with a fully healthy group ready to go.

Thanks to a completely healthy squad available for selection, the Colón manager Sergio Rondina has zero fitness concerns whatsoever before this match.

In our view, Colón will need to push hard to break down this Talleres team who will likely be able to get on the scoresheet themselves in a winning performance.

We therefore see a 1-0 victory for Talleres when the referee blows for full-time. 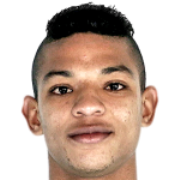 Customarily taking up the Right Wing position, Diego Valoyes was born in Cartagena, Ecuador. After making a first senior appearance for Talleres in the 2018 - 2019 season, the skilful Forward has accumulated 3 league goals in the Primera División 2022 campaign so far coming from a total of 11 appearances.

While we have made these predictions for Talleres v Colón for this match preview with the best of intentions, no profits are guaranteed. Always gamble responsibly, and with what you can afford to lose. Good luck!