The Serie B tie at U-Power Stadium on Sunday sees home side Monza fighting it out with opponents Como.

View all of the Monza v Como predictions, poll and stats below including the latest game odds.

Monza will play in this game coming off the back of a 1-1 Serie B draw versus Crotone.

In that match, Monza managed 49% possession and 9 attempts on goal with 4 on target. The scorer for Monza was Andrea Colpani (17'). On the other side, Crotone had 20 attempts at goal with 5 of them on target. Godfred Donsah (86') was the scorer for Crotone.

Fewer than three goals per game were scored during 5 of the past 6 fixtures where Monza have been participants. With regard to the goal distribution in that period, their opponents scored an aggregate of 5 while Monza totted up 4.

Coming into this clash, Monza are unbeaten in their previous 5 league matches at home.

Como head into the encounter following on from a 4-1 Serie B win versus Perugia in their last outing.

Over the course of their previous six clashes, Como have helped themselves to the sum of 14 goals. Como have also not failed to score in every single one of those games. During those fixtures, their defenders have had 5 goals go against them. Such a pattern isn’t assured to follow through here, though.

Going into this one, Como are unbeaten in their previous 3 away league matches.

The Monza manager Giovanni Stroppa doesn’t have any fitness concerns whatsoever coming into this game thanks to a fully healthy squad available for selection.

Owing to a fully healthy group available to select from, the Como boss Giacomo Gattuso has zero fitness worries to speak of before this clash.

In our opinion, Como are likely to find the back of the net against this Monza team, but it realistically won’t prevent them from conceding a couple at the other end.

Our tip is for a narrow 2-1 winning score for Monza at the end of this one. There shouldn’t be much in it, either way. 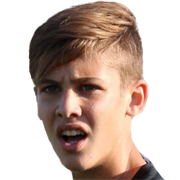 Mostly playing in the Centre Midfield position, Andrea Colpani was born in Brescia, Italy. After having played his first senior match for Trapani in the 2019 - 2020 season, the talented Midfielder has scored 2 league goals in this Serie B 2021 - 2022 season to date from a total of 12 appearances.

We have made these Monza v Como predictions for this match preview with the best intentions, but no profits are guaranteed. Please always gamble responsibly, only with money that you can afford to lose. Good luck!