Full-Time Result Prediction for Cosenza vs Crotone
Crotone to Win
Cosenza will do battle with visiting side Crotone at Stadio San Vito-Gigi Marulla in the Serie B meeting on Monday.

In our view, Cosenza could find themselves up against it to register a score against this Crotone lineup who we think will likely gain the upper hand. We’re therefore predicting a very competitive encounter with a 0-1 win for Crotone at the end of the 90. We’re expecting it to be that close. Our predictions, user poll and statistics for Cosenza v Crotone can be found here - along with the latest match odds.

⚽️ What happened last time they played each other in this competition? 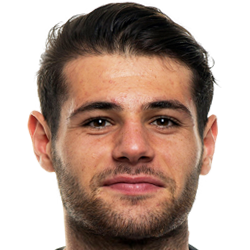 Normally used in the Left Wing position, Nicholas Pierini was born in Parma, Italy. Having made his senior debut playing for Sassuolo in the 2017 - 2018 season, the gifted Forward has bagged 3 league goals in the Serie B 2019 - 2020 campaign so far in a total of 14 appearances.

We have made these Cosenza v Crotone predictions for this match preview with the best intentions, but no profits are guaranteed. Please always gamble responsibly, only with money that you can afford to lose.

⚽️ Where can I get the tips for other Serie B matches?

View all of our next (and previous) Serie B predictions & previews here.