All of our predictions, stats and the user poll for Cosenza v Pescara are shown below - along with the latest match odds.

Cosenza will be hoping to bounce back here following a 3-0 Serie B loss in their previous game against Pisa.

It’s been all too rare in recent times that Cosenza have kept a clean sheet. It will be a concern for them that Bruzi have failed to prevent opponents from scoring in 6 of their previous 6 games, giving up 10 goals on the way.

In their last fixture, Pescara drew 1-1 in the Serie B match with Entella.

In that game, Pescara managed 62% possession and 20 attempts at goal with 8 of them on target. The scorer for Pescara was Nicola Rigoni (90'). Entella got 9 attempts on goal with 2 on target. Andrea Schenetti (29') scored for Entella.

Pescara have been dangerous up front of late, scoring 8 times in their previous 6 matches. This doesn’t mask the fact that Delfini have had their own issues at the back, also conceding in 6 of those same matches. While that may be of interest, it remains to be seen whether such a trend will be replicated in this game.

Analysis of their past results shows that Pescara:

The previous league contest between these clubs was Serie B match day 16 on 30/12/2020 which finished with the scoreline of Pescara 0-0 Cosenza.

On that day, Pescara had 58% possession and 24 attempts on goal with 3 on target.

On the other side, Cosenza got 8 attempts on goal with 2 of them on target.

The referee was Marco Serra.

In an otherwise full-strength squad, there is just the one fitness problem for the Pescara boss Gianluca Grassadonia to be concerned about. Mattia Del Favero (Shoulder Injury) won’t be playing here.

Our assessment is that Pescara and Cosenza may well end up cancelling each other out here.

Shouldn’t be much in it, and a draw looks quite a realistic result. We therefore see a close game with a score draw when the referee blows the full-time whistle. 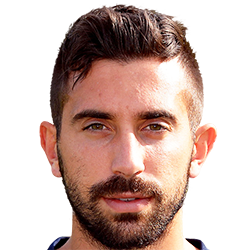 Typically playing in the Central Attacking Midfielder position, Luca Tremolada was born in Milan, Italy. After having played his first senior match for Piacenza FC in the 2010 - 2011 season, the dangerous Midfielder has struck 3 league goals in this Serie B 2020 - 2021 campaign to date in 17 appearances.

We have made these Cosenza v Pescara predictions for this match preview with the best intentions, but no profits are guaranteed. Please always gamble responsibly, only with money that you can afford to lose. Good luck if you do place a bet today.