The League One match at The Falkirk Stadium on Saturday will see hosts Falkirk facing Cove Rangers.

To see all of our predictions, user poll & stats for Falkirk v Cove Rangers, scroll down including the latest game odds.

Falkirk, buoyed by their previous result, will be hoping for more of the same after a 0-4 League Cup triumph over Dumbarton.

Falkirk haven’t been able to stop scoring goals, netting in one hundred percent of their last 6 matches.

They’ve hit an aggregate of 14 during that period while also conceding a total of 5. However, time will tell whether the trend will be maintained in this match.

Ahead of this clash, Falkirk are undefeated in their previous 9 home league matches. Visiting teams have certainly not had an easy time of it here.

Cove Rangers will go into the game following on from a 1-0 League Cup win over Forfar Athletic in their last match.

The trend of at least one team not managing to score in games featuring Cove Rangers has become fairly consistent recently. A glance at their last six games shows that this has happened 5 times. During those clashes, opposing sides have hit a goal aggregate of 4 and The Wee Rangers have scored 10.

Going into this one, Cove Rangers are unbeaten in their previous 3 away league matches.

Falkirk boss David McCracken has zero fitness concerns whatsoever coming into this clash owing to a completely healthy squad to pick from.

Due to a fully healthy group available for selection, Cove Rangers boss Paul Hartley has zero fitness worries to speak of before this match.

Looking at these two teams, we feel that Cove Rangers have the ability to put a goal past this Falkirk lineup, but that is unlikely to be as many as the goals that they could concede.

We reckon that it will be both teams to score in a 2-1 winning score for Falkirk by the time that the referee blows the final whistle. We are expecting it to be pretty even. 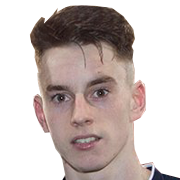 Generally playing in the Striker position, Robbie Leitch was born in Swindon, England. Having played his first senior match for Queen's Park in the 2017 - 2018 season, the goalscoring Forward has accumulated 2 league goals in the League One 2020 - 2021 season to date in a total of 4 appearances.

While we have made these predictions for Falkirk v Cove Rangers for this match preview with the best of intentions, no profits are guaranteed. Always gamble responsibly, and with what you can afford to lose. Good luck if you do place a bet today.