Leeds United face off with visitors Crystal Palace at Elland Road in the Premier League meeting on Tuesday.

Scroll down for all of our predictions, poll and stats for the Leeds United v Crystal Palace game - plus the latest betting odds.

Leeds United go into this game coming off the back of a 0-0 Premier League draw versus Brighton & Hove Albion.

It’s not been often in recent games that Leeds United have managed to hold out for a full 90 minutes. In fact, Leeds United have seen their defence breached in 5 of their previous 6 clashes, letting in 7 goals during that time. We shall soon find out whether or not that trend can be sustained in this game.

Since tasting defeat last time out to Aston Villa in Premier League action, Crystal Palace and their travelling supporters will be hoping that they can get a better result in this one.

A review of their most recent head-to-head clashes stretching back to 10/09/2011 tells us that Leeds United have won 3 of these games & Crystal Palace 1, with the number of draws standing at 2.

A combined sum of 21 goals were scored between the two sides in this period, with 11 of them from The Whites and 10 netted by The Eagles. That’s an average goals per game of 3.5.

The last league game featuring the two was Premier League match day 23 on 08/02/2021 when it finished Leeds United 2-0 Crystal Palace.

That day, Leeds United had 69% possession and 17 shots at goal with 7 of them on target. The goalscorers were Jack Harrison (3') and Patrick Bamford (52').

On the other side, Crystal Palace got 8 shots at goal with 3 on target.

The match was refereed by Andre Marriner.

The Leeds United manager Marcelo Bielsa will be grateful to have no fitness worries whatsoever ahead of this game owing to a completely injury-free squad available to choose from.

Thanks to a completely injury-free group available to select from, the Crystal Palace boss Patrick Vieira has zero fitness concerns to speak of ahead of this match.

We’re thinking that Crystal Palace will surely be able to put one past this Leeds United side, however it probably won’t prevent them from conceding a couple at the other end.

We think that it’s going to be a 2-1 victory for Leeds United by the time that the referee blows the final whistle. Let’s just see how this one goes. 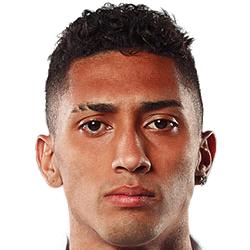 Customarily taking to the field in the Right Wing position, Raphinha was born in Brazil. Having played his first senior match for Vitória Guimarães in the 2015 - 2016 season, the accomplished Forward has netted 5 league goals in the Premier League 2021 - 2022 season so far in a total of 10 appearances.

While we have made these predictions for Leeds United v Crystal Palace for this match preview with the best of intentions, no profits are guaranteed. Always gamble responsibly, and with what you can afford to lose. Best of luck with your selections.