Lokomotiv Sofia face off with visiting club CSKA 1948 at Stadion Lokomotiv in this First League fixture on Sunday.

For all of our match predictions, pre-game poll and statistics for Lokomotiv Sofia v CSKA 1948, scroll down - plus the latest match odds.

Lokomotiv Sofia will be hoping to return to winning ways here following a 2-1 First League defeat last time out to Lokomotiv Plovdiv.

Lokomotiv Sofia haven’t exactly had impressive attacking statistics in more recent games. Their ‘goals for’ figure equals just 4 against opponents during the course of their last six matches. In those meetings, Lokomotiv Sofia have also seen the number of goals that have gone against them come to 11. Such a trend might not be carried forward into this match, of course.

CSKA 1948 go into this game after a 2-0 First League win in the defeat of Ludogorets Razgrad in their last fixture.

Nikolay Kirov's CSKA 1948 have seen their efforts on goal rewarded a total of 7 times throughout their latest 6 matches. The total of goals that they have conceded during those same clashes equals 9.

Going into this one, CSKA 1948 are without a win away from home in their last 11 league matches. What a terrible run of away results.

The Lokomotiv Sofia manager Ivan Kolev will be grateful not to have any fitness worries to speak of before this game owing to a completely injury-free group available for selection.

Owing to a fully injury-free group to choose from, the CSKA 1948 manager Nikolay Kirov has no fitness concerns whatsoever ahead of this clash.

We’re of the opinion that Lokomotiv Sofia will have to play well to break down this CSKA 1948 side who will likely get the vital goal that wins it.

We’re therefore seeing a very competitive game with a 0-1 winning margin for CSKA 1948 at the end of this one. 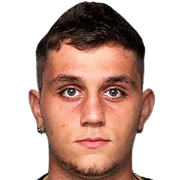 Usually deployed in the Central Attacking Midfielder position, Octávio was born in Rio de Janeiro, Brazil. Having played his first senior match for Botafogo in the 2013 season, the talented Midfielder has struck 4 league goals in the First League 2021 - 2022 campaign to date coming from a total of 11 appearances.

We have made these Lokomotiv Sofia v CSKA 1948 predictions for this match preview with the best intentions, but no profits are guaranteed. Please always gamble responsibly, only with money that you can afford to lose. Best of luck with your selections.