This Defensa y Justicia v Patronato live stream video is scheduled for broadcast on 24/09/2022. Football fans can watch the fixture on a live streaming service if this match is included in the schedule mentioned above. Here we show useful info for watching this Superliga game including the most recent team form, h2h clashes and our match tips.

In order to view the game via alternative methods, search for broadcasters’ schedules in your locality. These broadcasting deals are typically distributed on a per-competition/league or even per-fixture level. For fixtures shown live on regional tv programmes, check the schedules on channels including BT Sport, Amazon Prime Video, Sky Sports, Now TV, iTV, Canal+, Fox Soccer, ESPN relevant to your location.

Where the abovementioned broadcaster is providing Defensa y Justicia v Patronato soccer live streaming coverage, you can watch it on your mobile (iPhone, Android including Samsung Galaxy) and desktop as well as tablet (eg iPad, Huawei MediaPad).

Post-game, we might also provide a link to the match highlights from time to time. We are not responsible for transmitting any game video content linked to from this site. All legal complaints must be dealt with via the hosters/owners of the content.

Our full set of predictions, statistics and match poll for Defensa y Justicia v Patronato can be seen below (inc. the best betting odds).

Defensa y Justicia, following on from their previous result, will be hoping for more of the same after a 1-2 Superliga victory against Estudiantes de La Plata.

In that game, Defensa y Justicia had 43% possession and 8 attempts on goal with 3 on target. For Defensa y Justicia, the goals were scored by Adonis Frías (24') and Andrés Ríos (56'). For their opponents, Estudiantes de La Plata had 25 attempts on goal with 8 on target. Mauro Boselli (61') was the scorer for Estudiantes de La Plata.

In their previous game, Patronato drew 0-0 in the Superliga match with Rosario Central.

Clashes with Patronato have, in the main, been rather sterile ones latterly with a scarcity of goals being the norm. During their past 6 clashes, an uninspiring gross goal total of 3 has been yielded between both them and their opponents at an average goals per game of 0.5. Nevertheless, time will tell whether that trend shall be replicated in this game.

Inspecting their most recent head-to-head meetings going back to 17/03/2019 shows us that Defensa y Justicia have won 4 of these games and Patronato 1, with the number of draws being 1.

A combined sum of 15 goals were produced between them throughout the course of those matches, with 9 from Halcón and 6 for El Patrón. That’s an average goals per game of 2.5.

On that occasion, Defensa y Justicia managed 52% possession and 12 shots on goal with 6 on target. The scorer was Adonis Frías (55').

At the other end, Patronato had 17 attempts on goal with 3 of them on target.

The Defensa y Justicia manager Sebastián Beccacece doesn’t have any fitness concerns to speak of before this clash thanks to a fully healthy group to pick from.

Owing to a completely healthy group available for selection, the Patronato manager Facundo Sava has no fitness worries whatsoever before this game.

Here is a game where Patronato may not find it easy to break down this Defensa y Justicia outfit who we think should end up scoring and staying ahead.

We’re going for a narrow 1-0 win for Defensa y Justicia at the end of this game. 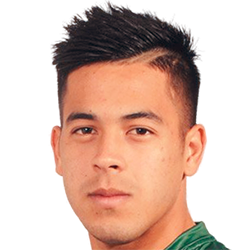 Typically played in the Left Wing position, Nicolás Emanuel Fernández was born in Santa Fe, Argentina. After having played his first senior match for Defensa y Justicia in the 2014 season, the skilful Forward has bagged 2 league goals in the Primera División 2022 campaign to date in 18 appearances.

We have made these Defensa y Justicia v Patronato predictions for this match preview with the best intentions, but no profits are guaranteed. Please always gamble responsibly, only with money that you can afford to lose. Best of luck with your selections.

⚽️ Where can I get the tips for other Superliga matches?

Look at all of the upcoming (and previous) Superliga predictions & previews here.