Göztepe come up against visitors Denizlispor at Gürsel Aksel Stadium in the Süper Lig clash on Saturday.

Our predictions, user poll and statistics for Göztepe v Denizlispor can be found here - as well as up-to-date odds.

Göztepe will be looking for a repeat result of a 3-1 Süper Lig success vs Sivasspor.

Fixtures with Göztepe have proved to be exciting affairs of late with high scoring the rule rather than the exception. Over their past six clashes alone, the sum total of 25 goals have gone in for both sides combined (at an average of 4.17 goals per game) with 11 of them being chalked up by Göz Göz.

Since being beaten in their last game against MKE Ankaragücü in Süper Lig action, Denizlispor will be hoping to turn things around here.

İlhan Parlak (94') was the scorer for MKE Ankaragücü.

The forward players for Denizlispor have been starved of goals over their last six clashes, contributing the disappointing return of only 4. In those matches, Horozlar have also seen the overall goal aggregate of opposing teams equal 8. Even so, we will just have to wait and see whether that trend will be sustained in this upcoming game or not.

An examination of their prior head-to-head meetings stretching back to 18/09/2015 tells us that Göztepe have won 1 of these games and Denizlispor 2, with the tally of draws being 3.

A combined total of 14 goals were scored between them in these games, with 6 from Göz Göz and 8 for Horozlar. The average goals per game has been 2.33.

The last league contest between these clubs was Süper Lig match day 20 on 03/02/2020 and the score finished Denizlispor 1-1 Göztepe.

The referee was Mustafa Öğretmenoğlu.

It doesn’t get much better regarding selection, with just one fitness concern for the Göztepe boss İlhan Palut to be concerned with due to a largely intact set of players. Batuhan Kirdaroglu (Fibula Fracture) is out of contention.

Thanks to a fully healthy squad available to select from, Denizlispor boss has no fitness worries to report before this match.

We think that Denizlispor will do well to score against this Göztepe lineup who we think might well get the win and a maybe even keep a clean sheet as well.

We therefore see a hard-fought 1-0 advantage for Göztepe at the end of the 90 minutes.

Over/Under 2.5 Goals Prediction for Göztepe vs Denizlispor
Under 2.5 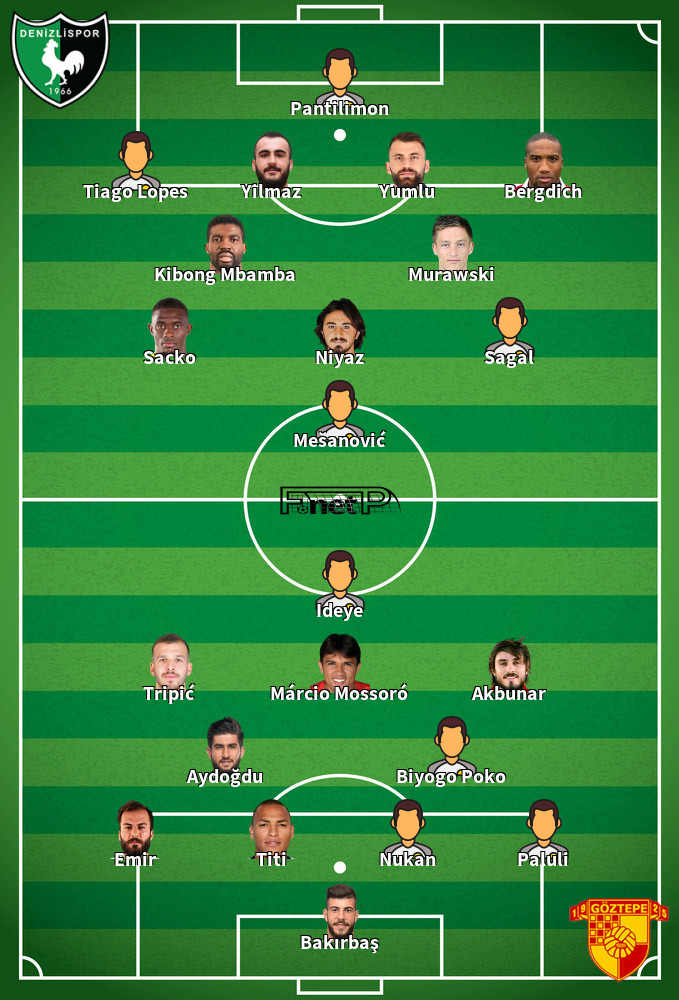 While we have made these predictions for Göztepe v Denizlispor for this match preview with the best of intentions, no profits are guaranteed. Always gamble responsibly, and with what you can afford to lose. We wish you the best of luck.