Derby County will do battle with visitors Luton Town at Pride Park Stadium in this Championship clash on Friday.

Scroll down for all of our predictions, poll and stats for the Derby County v Luton Town game - plus the latest match odds.

Derby County will be hoping to return to winning ways here following the 1-0 Championship defeat in their last game at the hands of Stoke City.

In that game, Derby County managed 39% possession and 5 shots on goal with 0 on target. At the other end, Stoke City got 11 attempts at goal with 3 of them on target. Jacob Brown (74') was the scorer for Stoke City.

Derby County have really been misfiring in more recent games. Their goals record equals just 2 vs opposition teams over the course of their previous 6 fixtures. In those games, The Rams have also seen the tally of goals scored against them total 9.

Luton Town go into this encounter following a 0-1 Championship win vs Preston North End in their last outing.

A tendency of at least one team not scoring a goal in games featuring Luton Town has been fairly consistent recently. Examining their last six outings shows that this has occurred 5 times. During these clashes, their opponents have managed a goal tally of 6 while The Hatters have scored 7. That being said, time will tell whether such a trend might be sustained in this upcoming match or not.

Looking at the statistics for their head to head meetings dating back to 18/03/2006, it’s been all-even between these two clubs with Derby County winning 3 of those games, Luton Town 3 and 0 being draws in regulation time.

A combined sum of 14 goals were yielded between them in these games, with 8 of them for The Rams and 6 being from The Hatters. That’s an average goals per game figure of 2.33.

The previous league contest between these sides was Championship match day 2 on 19/09/2020 when it finished Luton Town 2-1 Derby County.

That time, Luton Town had 35% possession and 9 attempts on goal with 3 of them on target. The goalscorers were Luke Berry (34') and Jordan Clark (87').

For their opponents, Derby County got 14 attempts at goal with 3 on target. Jack Marriott (52') was the scorer.

Owing to a completely injury-free squad available to select from, Luton Town manager Nathan Jones does not have any fitness worries whatsoever ahead of this match.

In our opinion, Luton Town should be able to breach the defence of this Derby County lineup, but that possibly won’t quite be enough to avoid a loss.

We think that it’s going to be a narrow 2-1 winning margin for Derby County at the end of this one. It will be interesting to see how this one goes. 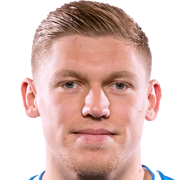 Usually taking to the field in the Striker position, Martyn Waghorn was born in South Shields, England. After having made a senior debut playing for Sunderland in the 2007 - 2008 season, the gifted Forward has managed to score 3 league goals in this Championship 2020 - 2021 season so far in a total of 27 appearances.

We have made these Derby County v Luton Town predictions for this match preview with the best intentions, but no profits are guaranteed. Please always gamble responsibly, only with money that you can afford to lose. Good luck!