The Championship game at Madejski Stadium on Monday will see hosts Reading take to the field against Derby County.

Our Reading v Derby County predictions, statistics and match poll can be seen below (plus the best game odds).

Reading prepare for this fixture coming off the back of a 1-1 Championship drawn match against Barnsley.

Reading haven’t had any problems with scoring, hitting the target in one hundred percent of their last 6 games.

They have managed to rack up 8 during that time while also conceding a total of 5.

Coming into this clash, Reading are unbeaten in their last 3 league matches at home.

Derby County head into the clash after a 2-0 Championship win with the defeat of Luton Town in their most recent match.

In that match, Derby County managed 43% possession and 11 attempts at goal with 5 on target. For Derby County, the goals were scored by Lee Gregory (7') and Graeme Shinnie (49'). For their opponents, Luton Town had 13 attempts on goal with 3 of them on target.

A tendency of at least one team drawing a blank in games involving Derby County has become evident of late. Examining their last six outings shows that this has happened 5 times. In these clashes, their opponents have hit a goal tally of 5 and The Rams have scored 4. That being said, it remains to be seen if that trend shall be maintained in this upcoming game.

Heading into this contest, Derby County have not won away from home in their last 5 league matches.

A glance at their past head to head clashes stretching back to 24/02/2018 shows that Reading have won 2 of these & Derby County 3, with the tally of draws standing at 1.

A combined sum of 20 goals were shared by the two clubs in this period, with 11 of them from The Royals and 9 being from The Rams. The average goals per game has been 3.33.

The previous league game between these clubs was Championship match day 1 on 12/09/2020 which ended up with the score at Derby County 0-2 Reading.

On that day, Derby County managed 57% possession and 9 attempts on goal with 2 on target.

There’s just a single fitness concern for the Reading manager Veljko Paunović to contend with from an otherwise fully-primed squad. John Swift (Hamstring Injury) will miss out.

Derby boss Wayne Rooney has not got a full squad to pick from. Curtis Davies (Achilles tendon rupture) and Krystian Bielik (Torn knee ligament) will not be playing here.

In our view, Derby County will really need to work well to get anything against this Reading outfit who we think might well do enough to score at the other end and edge ahead.

We therefore fancy a narrow 1-0 victory for Reading when the referee blows for full-time. 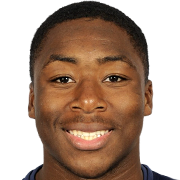 Normally taking to the field in the Striker position, Yakou Meïté was born in Paris, France. After having played his first senior match for Paris Saint-Germain in the 2015 - 2016 season, the goalscoring Forward has accumulated 9 league goals in the Championship 2020 - 2021 season to date in 17 appearances.

We have made these Reading v Derby County predictions for this match preview with the best intentions, but no profits are guaranteed. Please always gamble responsibly, only with money that you can afford to lose. Good luck!