The League One clash at Pride Park Stadium on Saturday will see home team Derby County take to the field against opponents Wycombe Wanderers.

Our full set of predictions, statistics and match poll for Derby County v Wycombe Wanderers can be seen below (inc. the best betting odds).

Derby County will be looking for an improved result here after the 2-0 League One defeat in their last game at the hands of Lincoln City.

Liam Rosenior's Derby County have scored 8 times over their last six outings. At the other end, the number of goals that have been scored against them in those games stands at 7.

Wycombe Wanderers will go into the meeting after a 1-0 League One win over Accrington Stanley in their most recent outing.

The only player to score from Wycombe Wanderers was Jason McCarthy (21').

Throughout their six most recent matches, Gareth Ainsworth's Wycombe Wanderers have had reason to celebrate scoring a total of 7 times - giving them a goals per game average of 1.17.

Ahead of this meeting, Wycombe Wanderers have not been beaten in their last 2 league matches away from home.

The previous league meeting between these clubs was Championship match day 30 on 16/02/2021 which finished with the scoreline of Wycombe Wanderers 1-2 Derby County.

At the other end, Derby County had 14 attempts at goal with 3 of them on target. Andre Wisdom (94') scored.

The Derby County boss Liam Rosenior has no fitness worries at all ahead of this game with a fully injury-free squad to pick from.

Owing to a fully healthy group ready to go, the Wycombe Wanderers boss Gareth Ainsworth doesn’t have any fitness worries at all coming into this match.

We’re thinking that Wycombe Wanderers have the ability to break down this Derby County lineup, although it possibly won’t quite be as many as the goals that they could concede.

We’re going for a very close game with a 2-1 win for Derby County by the conclusion of the game. There shouldn’t be much in it, either way. 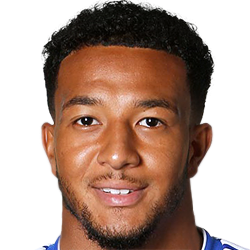 Customarily deployed in the Right Wing position, Nathaniel Mendez-Laing was born in Birmingham, England. After having played his first senior match for Peterborough United in the 2010 - 2011 season, the goalscoring Forward has managed 2 league goals in the League One 2022 - 2023 season so far coming from a total of 6 appearances.

While we have made these predictions for Derby County v Wycombe Wanderers for this match preview with the best of intentions, no profits are guaranteed. Always gamble responsibly, and with what you can afford to lose.