The Dijon v Paris Saint-Germain live stream video is scheduled for 27/02/2021. Football fans can watch the match on a live streaming service should the game be featured in the schedule provided above. Here we show useful information for watching this Ligue 1 game that includes the most recent team form, h2h meetings and our match views.

To watch this game via other methods, search for tv schedules in your place of residence. Such broadcasting rights are typically allocated on a per-competition/league or even per-match basis. For matches shown live on regional television programmes, check the schedules on stations like BT Sport, Amazon Prime Video, Sky Sports, Now TV, iTV, Canal+, Fox Soccer, ESPN depending on your current location.

When the abovementioned broadcaster is providing Dijon v Paris Saint-Germain football live streaming coverage, you’ll be able to watch the game on your mobile (iPhone, Android including Huawei) and computer as well as tablet (eg iPad, Venturer).

Post-game, we might also provide a link to match highlights from time to time. We aren’t responsible for transmitting any game video content linked to from this site. All legal complaints must be directed to the hosters/owners of the content.

PSG are the guests at Stade Gaston Gérard on Saturday for the Ligue 1 game with home side Dijon.

Dijon won’t want a repeat of their last result here following a 2-1 Ligue 1 loss in their previous game against RC Lens.

Dijon have really struggled up front in more recent games. Their goals record stands at just 3 against opponents over the course of their last six fixtures. In those games, Dijon have also seen the tally of goals against them total 11.

Their previous form shows that Dijon:

Since suffering a loss in their previous game against Monaco in Ligue 1 competition, PSG and their travelling fans will hope for a better result here.

In that match, Paris Saint-Germain had 75% possession and 9 attempts on goal with 1 on target. On the other side, AS Monaco FC had 5 attempts at goal with 3 of them on target. Sofiane Diop (6') and Guillermo Maripán (51') scored for Monaco.

A series of hard-working performances from the Paris Saint-Germain defence has seen the number of goals they’ve conceded standing at 4 from their previous 6 clashes combined. During the same period, the number of goals that they have scored themselves is 12. Such a pattern isn’t assured to follow through into this next game, however.

A review of their most recent head-to-head meetings stretching back to 12/03/2019 shows us that Dijon have won 1 of these & PSG 5, with the number of drawn results being 0.

A lot of goals were also scored during this period, 26 in all which averages out at 4.33 goals per meeting.

The previous league clash featuring the two was Ligue 1 match day 8 on 24/10/2020 which finished with the scoreline of Paris Saint-Germain 4-0 Dijon.

At the other end, Dijon got 16 shots on goal with 3 of them on target.

Dijon boss David Linarès will be grateful not to have any fitness concerns whatsoever ahead of this clash with a fully healthy squad available for selection.

In this match, Dijon certainly have the ability to score a goal against this PSG side, however a single goal likely won’t be enough to give them the result that they want.

We are therefore anticipating a narrow 1-2 advantage for PSG at the end of the 90 minutes. Could easily go either way, this. 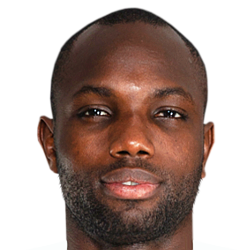 Mostly used in the Striker position, Moussa Konaté was born in M'Bour, Senegal. After having made a senior debut playing for FC Krasnodar in the 2012 - 2013 season, the goalscoring Forward has accumulated 4 league goals in the Ligue 1 2020 - 2021 season to date from a total of 19 appearances.

While we have made these predictions for Dijon v PSG for this match preview with the best of intentions, no profits are guaranteed. Always gamble responsibly, and with what you can afford to lose. Good luck with your selections.

⚽️ Where can I see the previews for other Ligue 1 games?

View all of our upcoming (and previous) Ligue 1 predictions & previews here.