This GIF Sundsvall v Djurgårdens IF live stream video is ready for 25/06/2022. Football fans can watch the match on a live streaming service if this match is featured in the schedule provided above. Here we arm you with helpful information for watching this Allsvenskan match including the most recent guide to form, h2h clashes and our match tips.

To watch the match using other sources, look up tv schedules relating to your local region. These broadcasting deals are usually distributed on a per-competition/league or even individual fixture level. For fixtures shown live on regional tv programmes, check the listings on stations like BT Sport, Amazon Prime Video, Sky Sports, Now TV, iTV, Canal+, Fox Soccer, ESPN that are relevant for your current location.

When the abovementioned broadcaster is showing GIF Sundsvall v Djurgårdens IF soccer live streaming coverage, you’ll be able to watch the game on mobile devices (iPhone, Android including Samsung Galaxy) and PC or even tablet (eg iPad, Venturer).

Post-game, we might also link to highlights from time to time. We aren’t responsible for transmitting any game video content linked to from this site. All legal issues must be done by contacting the hosters/owners of said content.

The Allsvenskan tie at NP3 Arena on Sunday sees home side GIF Sundsvall playing Djurgårdens IF.

Our full set of predictions, statistics and match poll for GIF Sundsvall v Djurgårdens IF can be seen below including the latest game odds.

GIF Sundsvall will be wanting a better result here after the 2-0 Allsvenskan defeat in their last game at the hands of IFK Göteborg.

Coming into this fixture, GIF Sundsvall have left without a victory over Djurgårdens IF in their last 7 league matches.

Djurgårdens IF go into this game following a 4-0 Allsvenskan win as they beat Varbergs BoIS in their previous fixture.

A tendency of at least one side getting a clean sheet in games featuring Djurgårdens IF has become noticeable of late. Examining their last 6 outings reveals that this has occurred 5 times. During these clashes, their opponents have hit a goal total of 3 and Djurgårdens IF have scored 14. Such a pattern won’t necessarily be carried forward into this next game, though.

Analysis of their past results shows that Djurgårdens IF:

A review of their past head to head meetings dating back to 10/07/2017 tells us that GIF Sundsvall have won 0 of them and Djurgårdens IF 3, with the number of drawn results being 3.

A combined sum of 21 goals were shared by the two clubs throughout the course of those matches, with 6 from Giffarna and 15 coming from Blåränderna. That’s an average goals per game of 3.5.

The last league clash between the two was Allsvenskan match day 24 on 20/09/2019 when the final score was GIF Sundsvall 1-4 Djurgårdens IF.

On that occasion, GIF Sundsvall managed 51% possession and 7 attempts at goal with 2 on target. Their only player to score was Omar Eddahri (13').

There is just one fitness concern for the GIF Sundsvall gaffer Henrik Åhnstrand to be concerned with from an otherwise complete group. Linus Hallenius (Cruciate Ligament Injury) is out of contention.

Thanks to a fully healthy group available to select from, the Djurgårdens IF manager Kim Bergstrand has no fitness concerns to report coming into this clash.

We envisage that GIF Sundsvall have it in them to find the back of the net against this Djurgårdens IF team, but a single goal may not be as many as the goals that they could concede.

We’ve gone for a narrow 1-2 victory for Djurgårdens IF at the end of the match. Expecting it to be very competitive. 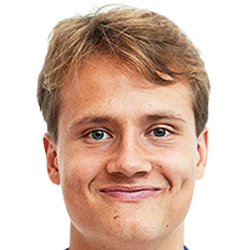 Usually deployed in the Right Attacking Midfielder position, Saku Ylätupa was born in Espoo, Finland. Having played his first senior match for RoPS in the 2017 season, the skilful Midfielder has netted 4 league goals in the Allsvenskan 2022 season to date from a total of 10 appearances.

We have made these GIF Sundsvall v Djurgårdens IF predictions for this match preview with the best intentions, but no profits are guaranteed. Please always gamble responsibly, only with money that you can afford to lose. Best of luck.

⚽️ Where can I find the odds for other Allsvenskan games?

You can see all of the upcoming (and previous) Allsvenskan predictions & previews here.