Solihull Moors will arrive at Meadowbank on Saturday for the National League fixture with hosts Dorking Wanderers.

All Dorking Wanderers v Solihull Moors match predictions, user poll and stats are shown below (plus the best game odds).

Dorking Wanderers will be looking for an improved result here after a 1-5 National League defeat in their last game at the hands of Oldham Athletic.

Following on from tasting defeat last time out to Aldershot Town in National League competition, Solihull Moors and their travelling fans will hope for a better result here.

The only scorer from Solihull Moors was Bartosz Cybulski (50'). Inih Effiong (14', 16') scored for Aldershot Town.

Looking at their form, and Solihull Moors have been scored against in 6 of their last 6 matches, with opponents netting 15 goals in all. At the back, Solihull Moors have seen their frailties exposed. Such a pattern won’t necessarily be continued here, however.

The last league fixture featuring these clubs was National League match day 5 on 27/08/2022 which ended up with the score at Solihull Moors 3-0 Dorking Wanderers.

The referee was Edward Duckworth.

Looking at personnel, there is just the sole fitness concern for the Dorking Wanderers manager Marc White to contend with due to a largely intact group. Alfie Rutherford (Cruciate Ligament Rupture) misses out.

With a completely injury-free squad available for selection, the Solihull Moors manager Neal Ardley doesn’t have any fitness concerns at all before this clash.

We believe that Solihull Moors and Dorking Wanderers could well cancel each other out, with goals at a real premium.

We’ll have to see, but a draw might be on the cards. That’s why we have predicted a very competitive game with a 0-0 scoreline at the end of this one. 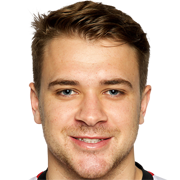 Mostly playing in the Striker position, Ryan Seager was born in Yeovil, England. After having played his first senior match for Southampton in the 2014 - 2015 season, the skilful Forward has netted 11 league goals in this National League 2022 - 2023 campaign to date in a total of 27 appearances.

We have made these Dorking Wanderers v Solihull Moors predictions for this match preview with the best intentions, but no profits are guaranteed. Please always gamble responsibly, only with money that you can afford to lose. Good luck!