Return to this page a few days before the scheduled game when this expired prediction will be updated with our full preview and tips for the next match between these teams.
Full-Time Result Prediction
👉
Dornbirn to Win

Dornbirn will be facing guests Vorwärts Steyr at Stadion Birkenwiese in the 2. Liga match on Friday.

Scroll down to see all of the predictions, poll and statistics for Dornbirn v Vorwärts Steyr (including the best match odds).

Dornbirn will be hoping for a better result after the 2-0 2. Liga defeat in their last game at the hands of Grazer AK.

It’s not been often in recent times that Dornbirn have kept a clean sheet. It will be a concern for them that Dornbirn have failed to prevent opponents from scoring in 5 of their previous 6 matches, giving up 11 goals on the way.

Following on from a losing effort in their last game against Sturm Graz II in 2. Liga competition, Vorwärts Steyr will be aiming to make amends here.

The only name on the scoresheet from Vorwärts Steyr was Alberto Prada (33'). Christoph Lang (27', 91') and Mohammed Fuseini (80') scored for Sturm Graz II.

Showing their predisposition for high-scoring matches, we’ve seen goals 21 times in the prior 6 matches in which Vorwärts Steyr have sent out their troops, giving an average of 3.5 goals each clash. Opposition teams have hit 16 of this grand total. We will just have to see if that trend will end up being continued on into this next match.

Coming into this clash, Vorwärts Steyr have not won away from home in their last 7 matches in the league.

A look at their most recent head-to-head meetings going back to 13/06/2020 tells us that Dornbirn have won 1 of these & Vorwärts Steyr 4, with the number of drawn games standing at 1.

A sum of 21 goals were produced between them in this period, with 8 for Dornbirn and 13 created by Steyr. The average goals per game has been 3.5.

The previous league meeting featuring these clubs was 2. Liga match day 3 on 06/08/2022 when it finished Vorwärts Steyr 2-1 Dornbirn.

On that day, Vorwärts Steyr managed 58% possession and 16 attempts on goal with 5 of them on target. Their only player on the scoresheet was Oguzhan Sivrikaya (53', 89').

Dornbirn got 9 shots at goal with 5 of them on target. Felix Kerber (15') was the scorer.

The referee was Alexander Harkam.

We’re thinking that Vorwärts Steyr have the firepower to score against this Dornbirn team, although that possibly won’t be enough to avoid defeat.

We’re going for both teams to score in a 2-1 victory for Dornbirn at the end of the 90 minutes. We are expecting it to be pretty even. 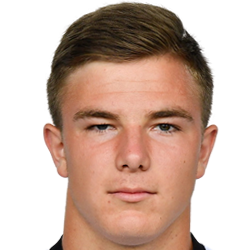 Regularly taking to the field in the Centre Midfield position, Lars Nussbaumer was born in Austria. Having made a first senior appearance for Cashpoint SCR Altach in the 2017 - 2018 season, the accomplished Midfielder has managed 2 league goals in the 2. Liga 2022 - 2023 season to date coming from a total of 15 appearances.

While we have made these predictions for Dornbirn v Vorwärts Steyr for this match preview with the best of intentions, no profits are guaranteed. Always gamble responsibly, and with what you can afford to lose. Good luck with your selections.