Dumbarton will be visiting Borough Briggs on Saturday for the League Two fixture with hosts Elgin City.

All of our predictions, stats and the user poll for Elgin City v Dumbarton are shown below (including the best match odds).

Elgin City are hoping to win again after their last result, a 2-3 League Two triumph against Bonnyrigg Rose.

It’s been seldom in recent games where Elgin City haven’t conceded. In fact, Elgin City have seen their defence breached in 5 of their previous 6 matches, shipping 8 goals during that time.

Heading into this contest, Elgin City have not emerged victorious against Dumbarton in their previous 5 matches in the league.

Dumbarton head into the meeting following a 2-0 League Two win over Stranraer in their most recent game.

For Dumbarton, the goalscorers were Gregor Buchanan (45') and Michael Garrity (92').

Stephen Farrell's Dumbarton have managed to stick the ball in the net 6 times in the course of their previous 6 matches. The number of goals that they have conceded during those same clashes adds up to 10.

Coming into this meeting, Dumbarton remain unbeaten by Elgin City in games played away from home for the previous 2 league matches.

Inspecting their prior head-to-head meetings dating back to 15/03/2008 shows us that Elgin City have won 1 of these games & Dumbarton 4, with the number of draws being 1.

In all, 18 goals were produced between them in these games, with 4 of them from The Black and Whites and 14 for The Sons. That’s an average goals per game figure of 3.

The Elgin City manager Gavin Price has a full complement, with no fitness worries to speak of coming into this match owing to a completely healthy squad available for selection.

With a completely injury-free squad to pick from, the Dumbarton manager Stephen Farrell has zero fitness worries whatsoever ahead of this game.

We feel that Elgin City will have their work cut out to breach the defence of this Dumbarton side who we think will just have the edge.

We therefore think that it’s going to be a good tussle with a 0-1 winning margin for Dumbarton at the end of the match. 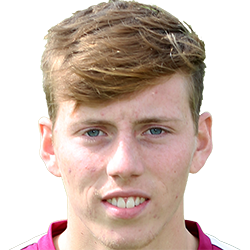 Regularly taking up the Striker position, Kane Hester was born in Montrose, Scotland. Having made his senior debut playing for Arbroath in the 2015 - 2016 season, the accomplished Forward has struck 12 league goals in the League Two 2022 - 2023 season so far coming from a total of 13 appearances.

While we have made these predictions for Elgin City v Dumbarton for this match preview with the best of intentions, no profits are guaranteed. Always gamble responsibly, and with what you can afford to lose. Good luck with your selections.