The Dundalk v Sligo Rovers live stream video is ready for 23/09/2021. Supporters of the teams can watch the fixture on a live streaming service should the game be included in the schedule mentioned above. Here we provide useful information for watching this Premier Division game including the most recent guide to form, h2h clashes and our match tips.

To view the game using other methods, search for broadcasters’ listings in your local region. Such broadcasting contracts are typically granted on a per-competition/league or even single fixture arrangement basis. For fixtures shown live on regional television programmes, check the listings on stations like BT Sport, Amazon Prime Video, Sky Sports, Now TV, iTV, Canal+, Fox Soccer, ESPN depending on your current location.

Where the abovementioned broadcaster does broadcast a Dundalk v Sligo Rovers soccer live streaming service, you can view the game on a mobile (iPhone, Android including Infinix) and computer plus tablet (eg iPad, Alba).

After the match finishes, we may also provide a link to highlights from time to time. We aren’t responsible for the transmission of any match video content linked to from this site. All legal issues must be dealt with via the hosters/owners of said content.

Dundalk, buoyed by their previous result, will be hoping for more of the same after a 3-1 FAI Cup triumph versus Finn Harps.

Fixtures featuring Dundalk have proved to be absorbing ones lately with plenty of scoring anticipated. Over their past half dozen clashes, the sum of 22 goals have been recorded for both teams combined (at an average of 3.67 goals per game) with 13 of these coming from Dundalk.

Their past results show that Dundalk:

Since a losing effort in their last game against Shamrock Rovers in Premier Division action, Sligo Rovers and their travelling supporters will be hoping that they can get a better result in this one.

During their 6 previous matches, Liam Buckley's Sligo Rovers have converted a total of 5 times, earning them the goals scored per game average of 0.83.

Analysis of their past results shows that Sligo Rovers:

Looking over their prior head-to-head clashes dating back to 29/09/2019 shows that Dundalk have won 1 of these & Sligo Rovers 4, with the number of drawn matches standing at 1.

A total of 13 goals were scored between them during those clashes, with 4 of them for The Lilywhites and 9 coming from The Bit o' Red. That is an average goals per game value of 2.17.

The last league fixture between these clubs was Premier Division match day 22 on 14/09/2021 which ended up with the score at Sligo Rovers 2-1 Dundalk.

Thanks to a completely healthy group to choose from, the Sligo Rovers boss Liam Buckley doesn’t have any fitness worries to speak of coming into this clash.

Here, we’re thinking that Sligo Rovers might well have a job on their hands to see themselves scoring against this Dundalk team who we think will likely get the vital goal that wins it.

We’re therefore anticipating a highly competitive game with a 1-0 advantage for Dundalk at the end of the match. 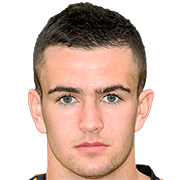 Usually deployed in the Right Wing position, Michael Duffy was born in Derry, N. Ireland. After having played his first senior match for Derry City in the 2012 season, the skilful Forward has bagged 3 league goals in this Premier Division 2021 campaign so far in a total of 25 appearances.

While we have made these predictions for Dundalk v Sligo Rovers for this match preview with the best of intentions, no profits are guaranteed. Always gamble responsibly, and with what you can afford to lose. Good luck if you do place a bet today.

⚽️ Where can I find the tips for other Premier Division matches?

View all of our upcoming (and previous) Premier Division predictions & previews here.