Greenock Morton meet away team Dunfermline Athletic at Cappielow Park in this Championship clash on Friday.

Our tips, poll and stats for Greenock Morton v Dunfermline Athletic can all be found here (inc. the best betting odds).

Greenock Morton enter this game coming off the back of a 1-1 Championship stalemate vs Alloa Athletic.

The only scorer from Greenock Morton was Markus Fjørtoft (69'). Robert Thomson (83') was the scorer for Alloa Athletic.

Fewer than three goals per match were recorded in 5 of the past 6 fixtures where Greenock Morton have been participants. With regard to the goal split from this period, opposing sides scored a total of 5 while The Ton totted up 6.

In their previous game, Dunfermline Athletic drew 1-1 in the Championship match with Inverness C.T.

The only player to score from Dunfermline Athletic was Kyle Turner (23'). Miles Storey (67') scored for Inverness C.T.

In their last six outings, Dunfermline Athletic have helped themselves to a tally of 9 goals. The Pars have also not failed to score on each one of those occasions. During those fixtures, they have had 9 goals go against them. Such a trend isn’t assured to be carried forward here, of course.

A glance at their prior head-to-head clashes dating back to 26/01/2019 shows us that Greenock Morton have won 3 of them & Dunfermline Athletic 1, with the tally of drawn results being 2.

A combined sum of 15 goals were scored between them during those clashes, with 8 for The Ton and 7 created by The Pars. The average goals per game has been 2.5.

The previous league contest between these sides was Championship match day 7 on 12/12/2020 when the final score was Dunfermline Athletic 1-2 Greenock Morton.

The referee was David Munro.

Greenock Morton boss Anton McElhone will be thankful to have no fitness concerns at all coming into this clash with a fully injury-free squad available for selection.

Owing to an otherwise healthy group of players, there is only the one fitness worry for the Dunfermline Athletic gaffer Stevie Crawford to be concerned with. Lewis Martin (Calf Injury) won’t be playing here.

Here, we’re thinking that Greenock Morton might well have a job on their hands to see themselves scoring against this Dunfermline Athletic lineup who we think might manage to get a goal of their own in a winning performance.

We’re therefore seeing a very competitive encounter with a 0-1 victory for Dunfermline Athletic when the full-time whistle blows. 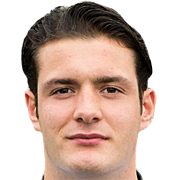 Normally used in the Right Attacking Midfielder position, Kalvin Orsi was born in Glasgow, Scotland. Having made a first senior appearance for Queen's Park in the 2016 - 2017 season, the goalscoring Midfielder has managed to score 2 league goals in the Championship 2020 - 2021 season to date from a total of 8 appearances.

While we have made these predictions for Greenock Morton v Dunfermline Athletic for this match preview with the best of intentions, no profits are guaranteed. Always gamble responsibly, and with what you can afford to lose. Good luck with your selections.